Beyoncé has starred in several major film productions, her most popular and fan favorite is arguably the 2006 musical drama, Dreamgirls. The film is an adaptation of the Broadway show of the same title. The “Bootylicious” singer played a role originally played by Abbott Elementary star Sheryl Lee Ralph. Ralph says she was excluded from the film process, and could have helped Beyoncé have a stronger performance.

The ‘Moesha’ star was part of the original Broadway show

Ralph starred in the original musical of Dreamgirls. The musical is based on the show business aspirations and successes of several performers, mainly honing in on The Supremes. Other artists from the time period Dreamgirls is said to be inspired by include The Shirelles, James Brown, and Jackie Wilson. Dreamgirls made its debut in 1981. 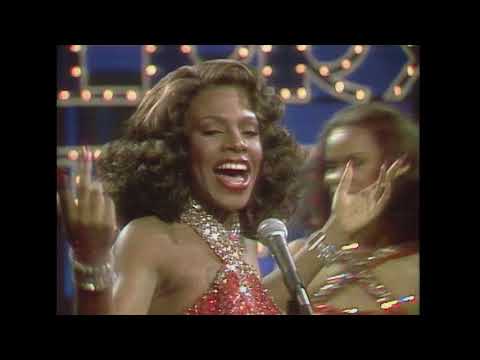 The musical follows the story of a young female singing trio from Chicago, Illinois called “The Dreams.” They quickly become music superstars under the tutelage of an ambitious record label owner/manager, who is said to be based off Motown’s Berry Gordy. Ralph starred as Deena Jones, based on Diana Ross, who initially is a background singer and is pushed to the front due being more commercially appealing. The play is broken into two acts, chronicling the careers and personal lives of the group from the 1960s through the 1970s.

Ralph may have been in the original version of the musical and set the standard for the character of Jones, but she says when the time came for the 2006 musical film, she nor her Broadway co-stars were approached to be involved in any way. She didn’t understand why.

“What was hard was when they were doing the movie and they just acted like you had never created this,” she told Jemele Hill on the Unbothered podcast. “They acted like you had never been a part of this and they were very comfortable x-ing you out. They were very comfortable trying to silence your voice. Like nobody needed to hear from you. Like we weren’t as important as we are and have been to the show. That hurt.”

Ralph added that they never “ever got their proper due from” starting the whole craze. Now, she says they “don’t share in its success,” especially monetarily, adding they do not earn any money from the film or the revival of the Broadway show.

She does credit with Beyonce for thanking her for her work in the Broadway production. “Of course it doesn’t heal all the wounds but she said it and that was that,” she said. Furthermore, Ralph says she could have aided in Beyonce’s performance.

“I still think to this day, had I been asked to coach or talk with her about that performance, about the evolution of Deena, she would’ve won something,” Ralph said. “Because to me, the direction for her as Deena, it wasn’t the winning direction of Deena.”

Ralph didn’t think Beyoncé performed to the best of her ability in the movie, but others did. According to Playbill, DreamWorks Pictures, the film studio behind Dreamgirls, felt Beyoncé was good enough in the film to submit her for Oscar nomination consideration.

Beyoncé was submitted for consideration in the category of Best Actress, while her co-stars, Jennifer Hudson (Effie White) and Anika Noni Rose (Lorrell Robinson) were submitted for Best Supporting Actress nominations. Hudson’s consideration was accepted, and she took home the trophy in her respective category.