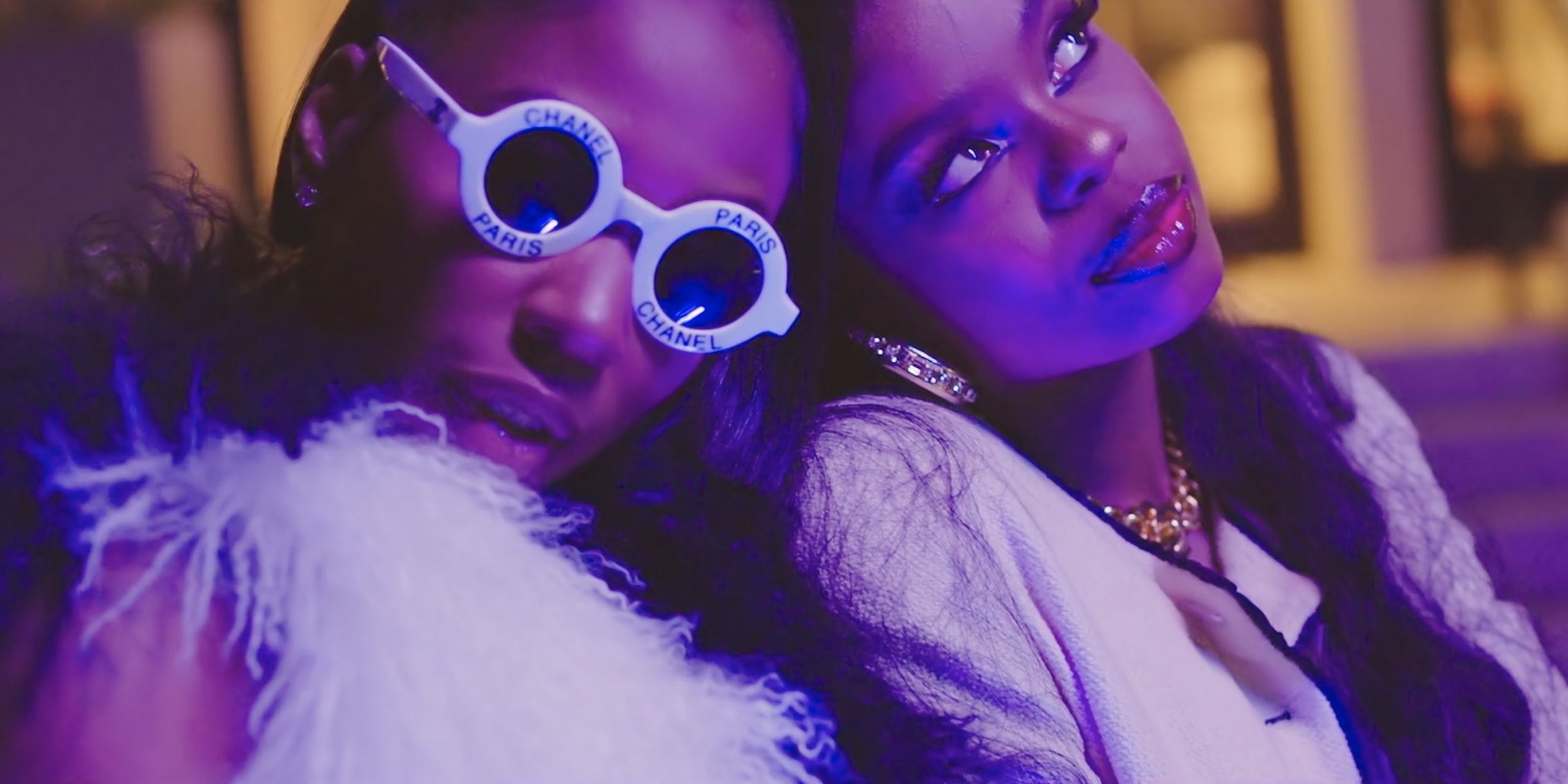 Rappers Dreezy and Kash Doll are women of expensive tastes, and they make it known in their new collaboration, “Chanel Slides,” a track that’s equal parts flashy and sassy. Today, the rising rap stars release the music video, directed by Edgar Esteves and shot in LA, exclusively on BAZAAR.com.

“I love when two bad bitches can link up and slay in their own way,” Dreezy, who hails from Chicago, told BAZAAR.com of the track. “What girl doesn’t love Chanel?”

Kash Doll, a Detroit native, was equally excited for the collab. “I always thought Dreezy was dope and wanted to work with her,” she told BAZAAR.com. “‘Chanel Slides’ was right up my alley, so when she sent me the record I sent it right back! She’s a brown girl from the Midwest, we had to link.”

Despite the extravagant premise of the song and video, the duo still keeps it real. They munch on fast food (albeit fed by chiseled manservants) and mention that Chanel slides, although covetable, are a pain to break in: “Them mothaf****s hurt, but they still fly,” Dreezy raps.

Ironically, no Chanel slip-on sandals actually appear in the visuals, but there are plenty of vintage pieces by the French fashion house to fill that void. The shoot was styled by Paris Chea, who sourced vintage Chanel from Pechuga Vintage in LA.

In the opening shot, Dreezy stunts by the pool in high-waist briefs, a belt, and bandana by the designer. Meanwhile, Kash Doll rocks the risqué Chanel “nipplekini” from the Spring 1996 collection, along with double-C hair ties. 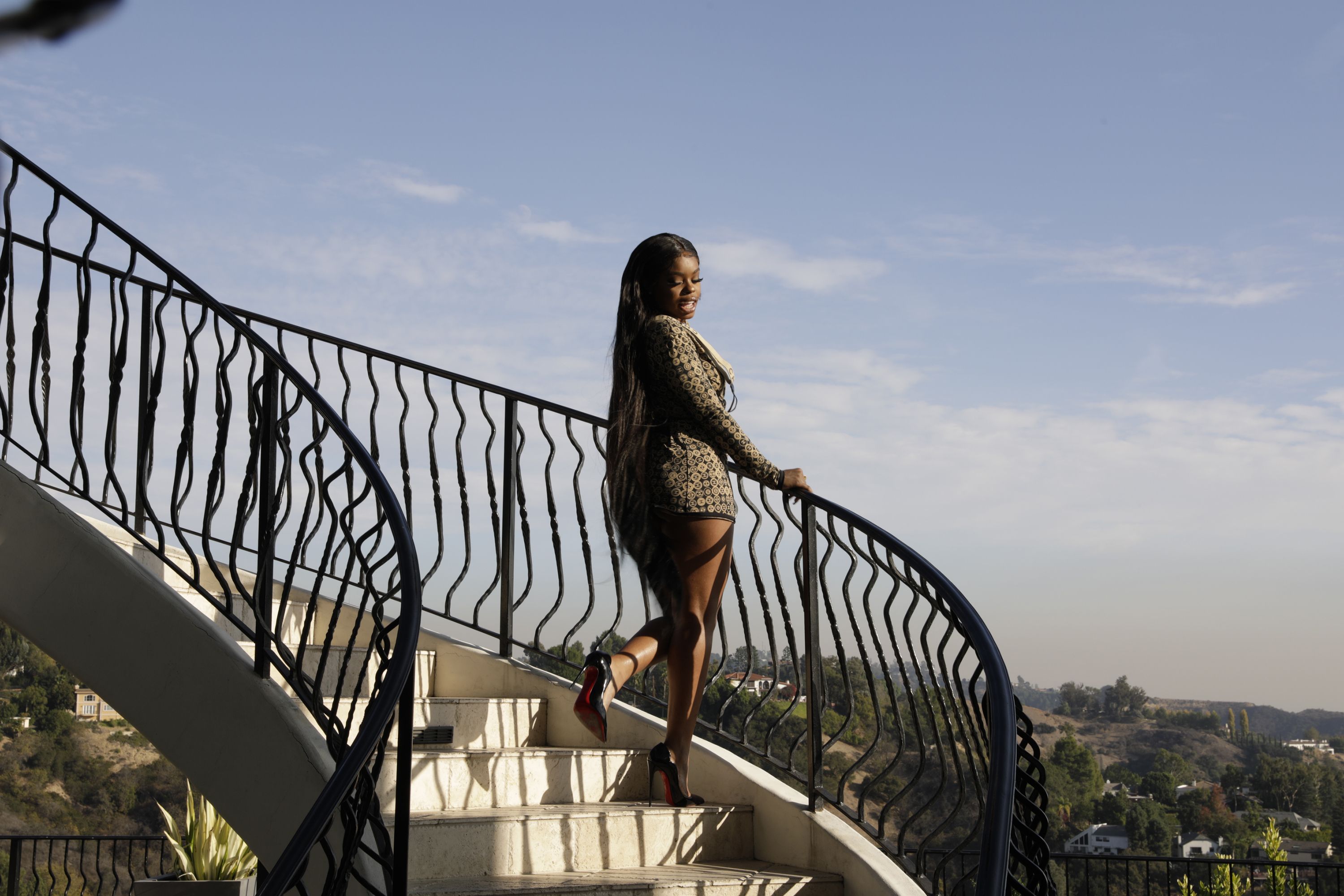 Other stylish Chanel pieces to catch throughout the video: those iconic suspenders from Spring ’97, a mini skirt and cardigan set from ’03, a logo choker necklace, and a baseball jersey from Spring 1991. There’s also a mix of high-end fashion and affordable brands, with one outfit even consisting of a vintage Chanel puffer jacket and a Fashion Nova romper. 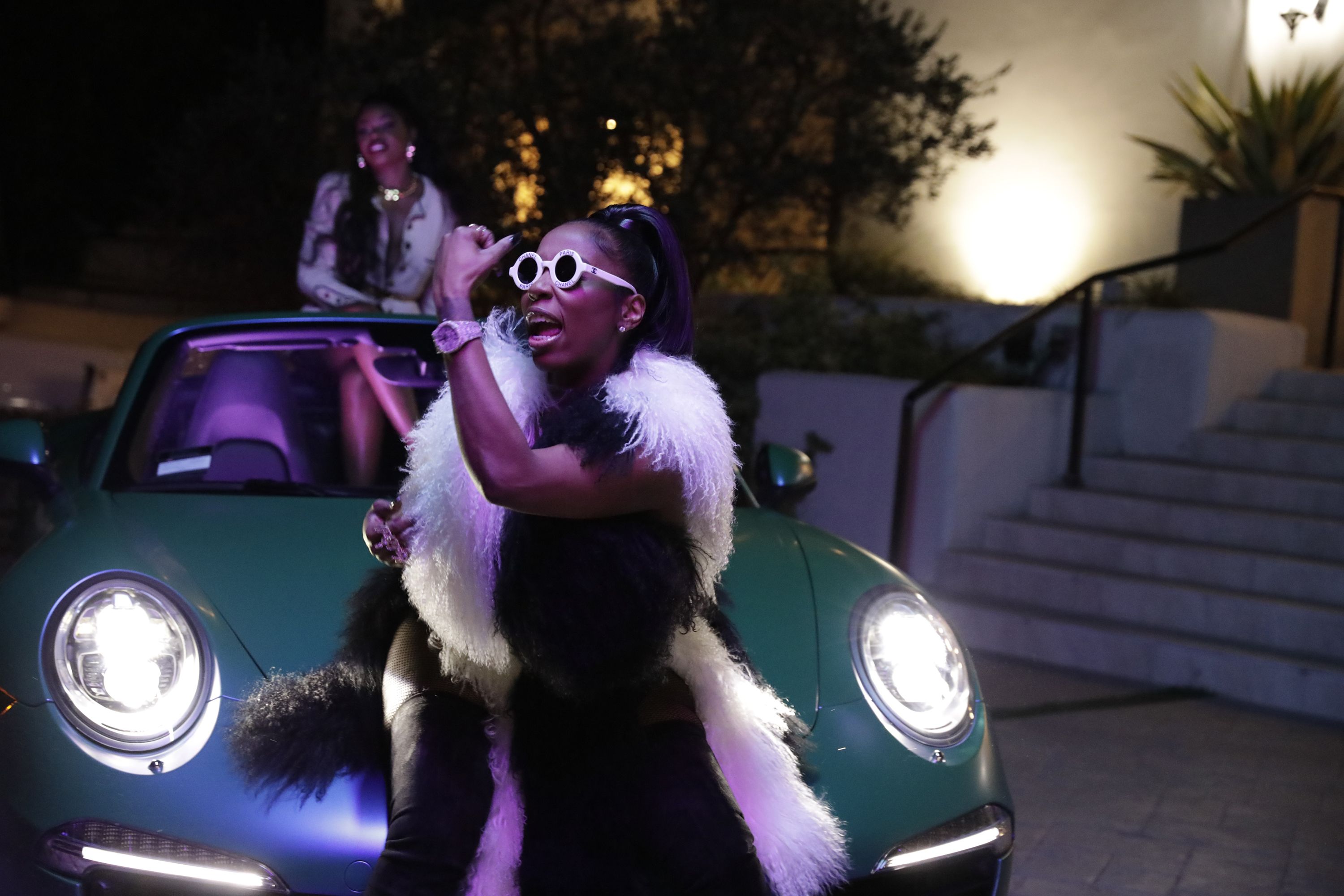 In the spirit of ’90s fashion, Dreezy and Kash Doll even seemed to pay homage to a 1991 Chanel campaign, starring supermodels Christy Turlington and Linda Evangelista, for their cover art.

After releasing mixtapes on her own, Dreezy’s first big break came after her knockout remix of Nicki Minaj’s “Chiraq” went viral 2014. That same year, she linked up with Common, a fellow Chicago native, on his Nobody’s Smiling album. In 2016, she released her debut LP, No Hard Feelings. She’ll follow up with her next big project, Big Dreez, releasing January 25, and yes, “Chanel Slides” is on the track list.

The rapper isn’t only making moves on the music front; she’ll also make her acting debut on BET’s Boomerang reboot in February and appear in the upcoming Nextlix film, Beats.

Kash Doll has already landed major gigs of opening for Drake and Beyoncé and JAY-Z on tour. After dropping her Brat Mail mixtape in 2018, she recently told Uproxx that she’s due to release an album in April this year.