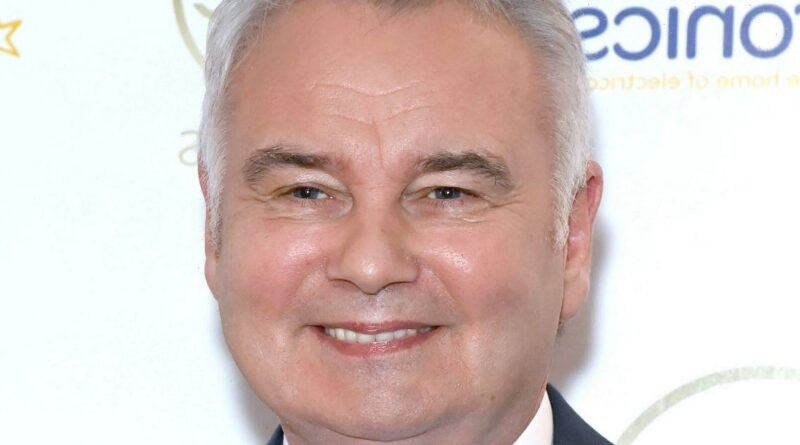 Eamonn Holmes has wasted no time taking another swipe at his former co-stars Holly Willoughby and Phillip Schofield amid the queue-jumping saga.

The duo have been heavily criticised over the past week after it was claimed they skipped the queue to see the Queen lying in state for the purpose of filming a segment for This Morning.

Members of the public have expressed outrage at the pair after thousands waited outside London's Westminster Hall for more than 12 hours to pay their respects to the late monarch.

While several celebrities, including Fern Britton and Spice Girls star Mel B have made subtle digs at the pair as the saga continues to unfold.

Eamonn, who was axed from presenting This Morning last year, has made no secret of his ongoing feud with Phil, 60, and has now publicly swiped at the pair for the second time.

The GB News host took to Twitter and responded to a meme of him and Ruth which referenced the infamous queue jump.

The image shows Eamonn laughing as he walks behind his wife, Ruth Langsford who has her hand over her mouth.

The words on the image says: "When you reach the front of the queue."

Eamonn couldn't resist making light of the situation as he responded with: "Ha ha …. Nice one," accompanied by a thumbs-up emoji.

Earlier this week, the 62-year-old jumped at the opportunity to make a dig while presenting GB News.

His co-host Isabel Webster introduced a guest, saying: "They suffered that queue and they were not of any insignificant age, we’ll be talking to them after this," to which Eamonn responded: "What, Holly and Phillip?"

The two presenters broke their silence on the claims for the first time during yesterday's episode of This Morning.

Holly, 41, told viewers they were part of a list of accredited broadcasters who visited the Hall, claiming they were "quickly escorted" while the public walked beside the coffin.

Following the "queue-jump" clip, there had been calls for the pair to step down from their role on the breakfast programme.