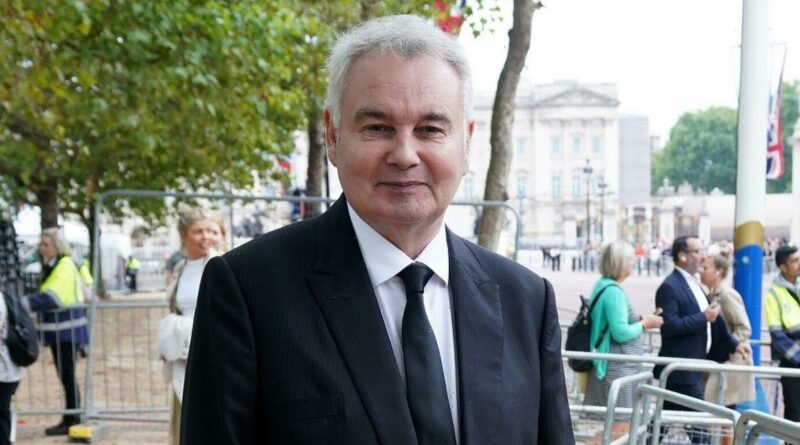 Eamonn Holmes has been praised by fans after he admitted to feeling "lost" following the death of Queen Elizabeth II.

The presenter, 62, has spent the last week reporting outside Buckingham Palace alongside GB news co-host Isabel Webster and has been updating his followers throughout.

Taking to Instagram, the former This Morning presenter shared a snap of himself stood outside the royal landmark wearing a black suit and tie.

He penned: "Lots of you look and feel as lost as I do in this picture. Everything is changing . What's going on in The World ? Strange times. Sad times. Here's to new better times soon #thequeen."

Many of his 756k followers rushed to share their supportive messages, with several praising Eamonn for his coverage on GB News.

One user said: "Eamonn you always say it like it is. I love your integrity, Belfast sense of humour and professionalism. I watch GB every day. Keep up the good work."

"You are all doing a fantastic job, it can't have been easy at times, like the rest of us you are not immune to the emotions involved," commented a second.

Someone else wrote: "How wonderful to have you covering it! So sad but an uplifting smiley face to comfort the nation is."

Another user penned: "Looking good Eamonn, keep up the good work on GB news," as a fifth echoed: "You look very smart @eamonnholmes glad to see you are there doing a very important job. Broadcasting history. Well done."

Taking to Instagram on Sunday (September 18), Eamonn posted a shot of himself as he sat next to GB News co-host, Isabel.

As they sat inside the press tent, the duo looked at each other as they prepared for today's coverage of the Queen's funeral

He added the caption: "#Teamwork .Uninterrupted coverage 6 -10 am from us two on GB News Television and Radio as HM The Queen is laid to Rest.."

You can leave your tributes to Queen Elizabeth II here.