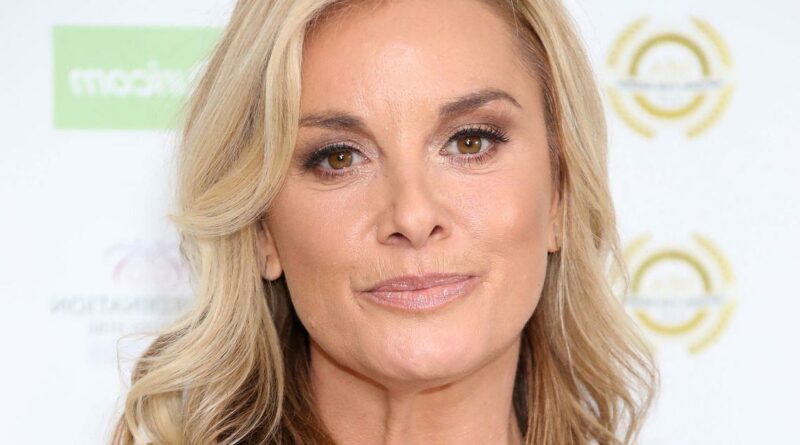 Former EastEnders star Tamzin Outhwaite has revealed that she would call time on her relationship with Tom Child if he decides he wanted to have kids.

The mother-of-two, 51, is currently dating a film director 20 years her junior after meeting outside a yoga studio four years ago.

The couple now live together with Tamzin’s daughters Florence, 13 and nine-year-old Marnie.

Her daughters are from her marriage to Miranda actor Tom Ellis, 42.

But Tamzin is firm on her choice not to want any more children in the future.

The actress told The Sun: “You know that people are thinking, ‘Yeah, but what about when he wants kids?’

“He really doesn’t want kids but if he said, ‘Babe, I really want to have children’, then why would I stop him doing that?”

"I’ve got two. I’ve really got to keep my eye on the ball keeping these two well, alive and healthy. I’m not having any more. No way. I’m done.”

Tamzin, who starred as Mel Owen in the BBC soap between 1998 and 2019, has previously vowed never to remarry because her daughters would “hate” it.

Yet she has had a change of heart and now says their objections wouldn't longer put her off tying the knot.

She added: “It’s not about the girls. If I wanted to get married, I would. But I don’t see a need now, I feel free and it’s lovely.”

EastEnders star Tamzin Outhwaite is also backing her former co-star Adam Woodyatt on I’m A Celeb, saying he’s “not a wimp like Ian Beale” – his character in the British soap.

Tamzin spoke exclusively to the Daily Star at the Together For Short Lives charity event, ahead of his appearance on the gruelling reality series.

She revealed: “Yes I will be watching. The kids love it. I will be voting for him to do the trials. He will do well. He’s not a wimp not like his character!”

Many viewers of the show have said they want to see Woodyatt get his hands dirty in the show's often gruesome challenges.

This includes one EastEnders fan, who said: "I think we should vote Adam Woodyatt or Danny Miller for every single trial."

The 53-year-old will face his fears at Gwrych Castle when the ITV show returns this weekend.