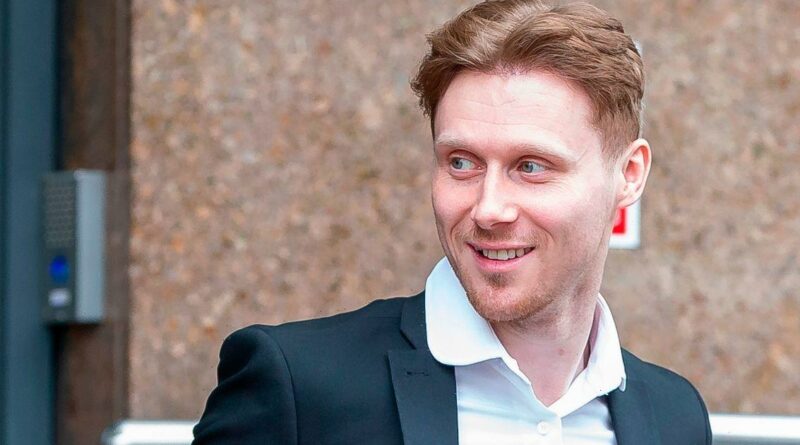 EastEnders star Jamie Borthwick had his driving ban reduced after arguing he was too famous to take public transport.

The actor, 27, plays cheeky chappy Jay Brown on the BBC soap, but away from the screen he's managed to bag himself a legal victory.

Jamie was handed a driving ban lasting six months in December after he was caught speeding at 52mph on a 30mph road in London's Romford.

He was also slapped with a £660 fine and a court fee on £166, but he was seen grinning as he left Croydon Nightingale Court.

He hit the maximum 12 penalty points on his licence after being issued another speeding fine.

However, his six month ban has now been reduced to two, after his solicitor insisted his client keeps getting "recognised" on public transport.

The soap star's legal team said their client "has issues with public transport and being recognised", when appealing his sentence on Thursday (March 3).

Hinting at some unfortunate encounters with the public, they added: "Not all of those encounters have been favourable."

Jamie's representative, Alex Owen, insisted he needs his car as he drives his beloved great aunt and uncle to hospital appointments.

She said: "The circumstances of this offence are the road is a dual carriageway which isn’t signposted at 30mph limit but of course the presence of street lights indicates that.

"He was unaware of that at the time, he was wrongly under the impression it was a 50mph limit.

"It took place in the mid-afternoon and it was relatively quiet at the time. No danger was caused."

Defending him, she also said: "Having spoken to him this morning he tells me both his great uncle and great uncle’s wife – the closest thing he has to grandparents – are both ill.

"In those circumstances because of his flexible working hours he’s the best person and available person to take them to appointments."

The representative then said: "Mr Borthwick does attend a number of charitable appearances.

"He has issues with public transport and being recognised and not all of those encounters have been favourable."

Jamie had been paying for private vehicles in order to travel between his home in East London and the EastEnders set in Elstree, Borehamwood.

He also explained: "What he [Jamie] asks us to is exercise our discretion, taking into account mitigation and either impose five points or disqualify him up to 56 days.

"With some degree of ambivalence and having carefully thought about it we are just about prepared to replace his points with a disqualification of 56 days.

"And so the sentence will be exactly the same as in the magistrates court except the sentence of six points will be amended to disqualification of 56 days."