Home » Music » Elton John Admits He Can’t Write Lyrics, Regrets Being Too Busy With Drugs to Be Gay Activist 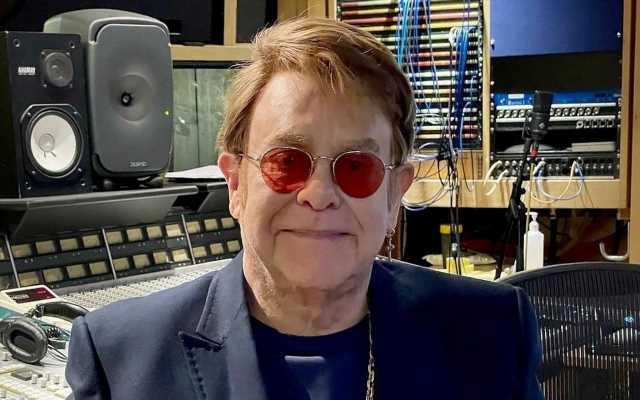 The ‘Rocket Man’ hitmaker admits he struggled to write song lyrics and regrets being ‘too down in the pit of drugs and drink’ to advocate for gay rights during his heyday.

The music legend’s longtime songwriting partner, Bernie Taupin, is behind much of Elton’s back catalogue, including hits such as “Rocket Man”, “Tiny Dancer”, and “Don’t Go Breaking My Heart”, and he’s insisted it’s better off that way.

Speaking to musician John Grant about gay culture’s influence on music and art for Britain’s The Guardian newspaper, Elton explained, “I don’t see myself as a gay artist, you see, as such because I don’t write lyrics. I can’t write lyrics. But I love what pop culture did for gay music, starting with Jimmy Somerville and Boy George. If I wrote something, it would be like: ‘I’d like to suck your k**b behind the bike shed,’ and there’s just not a market for that!”

The 74-year-old icon also insisted his “elaborate” performances aren’t him being “a gay artist,” and confessed he’s “ashamed” he was too out of it on drugs and booze to be an activist for the LGBT community in the 1980s at the height of the AIDS epidemic.

Elton continued, “I know I’m ‘elaborate’, but that’s not being a gay artist – that comes from British vaudeville, (Sir) Mick Jagger, Marc Bolan, David Bowie. The list goes on and on.”

“My activism (through the Elton John Aids Foundation) is the only thing I can do to compensate for that and I’ve tried to be active since the 1990s. I missed the boat in the 1980s which I’m ashamed of, because I was too down in the pit of drugs and drink.”

Since its inception in 1992, the Elton John AIDS Foundation has raised millions for its lifesaving work, and Elton recalled how rapidly the charity grew.

“When I got sober, my activism started small, but then it started to mushroom,” he added. “And I was so lucky, as I said, and I never really had much trouble in the business, because everyone knew I was living with my manager, for God’s sake! I was going into every gay club in the world and it was never a big deal for me. I was so happy to be gay!”