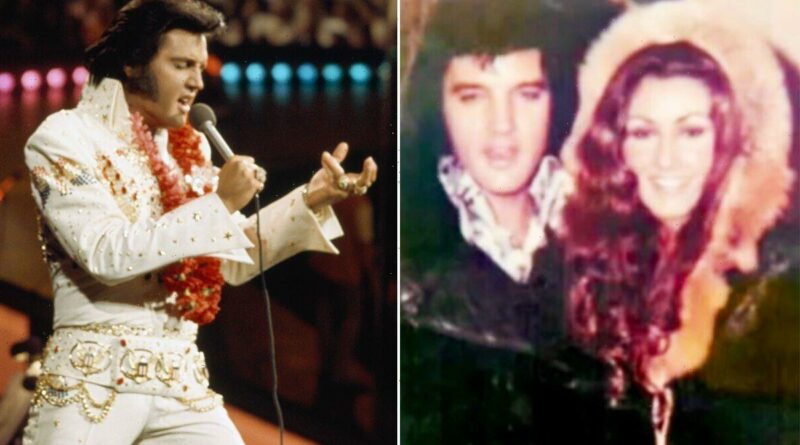 Following his separation from Priscilla in 1972, Elvis Presley began dating 22-year-old Miss Tennessee model Linda Thompson. In early 1973, the couple flew to Honolulu ahead of an unprecedented concert for The King. His manager Colonel Tom Parker was well aware that his sole client was keen to perform tours outside of North America. Still, the Machiavellian businessman couldn’t allow it as an illegal immigrant, terrified he’d be denied re-entry to the US. To placate the star, he suggested Elvis’ much-loved Hawaii where he’d filmed two movies. Instead of taking The King to the world, The Colonel would bring the world to The King in Aloha from Hawaii via Satellite.

Broadcast half a century ago on January 14, 1973, Elvis’ iconic concert was viewed by 1.5 billion people in 36 countries around the world as the first ever satellite TV show. Linda was there watching in the audience with Hawaii Five-O’s Jack Lord and has marked the 50th anniversary on his Instagram stories. The 72-year-old shared a video of The King singing What Now My Love from the show. She’s also previously posted memories of “incredibly intimate times” with the star claiming, “I was a real girlfriend”.

Linda wrote in a previous post on Aloha From Hawaii: “Elvis and I were only 6 months into our 4 1/2 year romance. Yes, after the first year he began to have short lived ‘dalliances’ but they were never anything more than that.” She then went on to clarify some truths surrounding her relationship with the star, who died at just 42 in 1977.

The King’s ex wrote: “Facts: I always knew where his heart was. I was his only live in girlfriend for those years. We shared incredibly intimate times together including his hospital stays. I was at every Vegas engagement, every tour, every holiday, every important event of his during those years. That defines a real girlfriend – Not someone who has an occasional rendezvous. I am very confident of my place in his history. And those who know… Really know. I’m just sayin’. #alittlethingcalledlife #truth #tellitlikeitis #tellitlikeitwas #nopretenders.”

Linda, who helped raise Lisa Marie Presley from 1972-6, has shared her devastation at the news of her sudden death at 54 last week.

In another recent Instagram story, Linda posted a picture of Lisa with her mother Priscilla and daughters Riley, Harper and Finley. Elvis’ ex wrote: “Sending love…. Please pray for comfort for Lisa’s mom and daughters.” The 72-year-old has also posted a sweet picture of The King kissing Lisa’s head, which she captioned: “My heart is too heavy for words…”