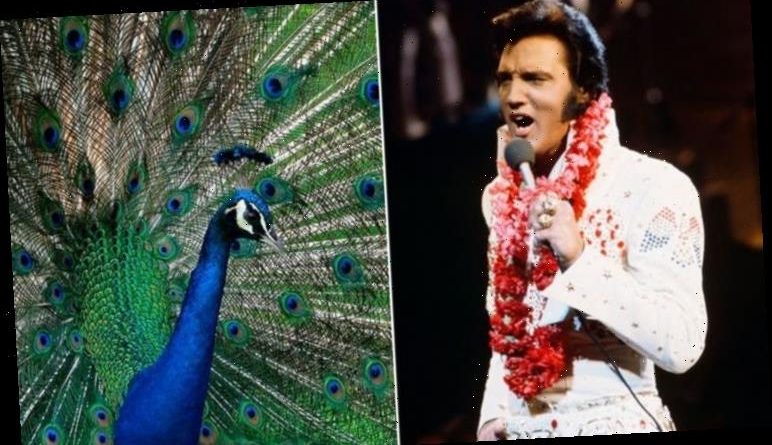 Elvis Presley was a big animal lover keeping horses and farmyard animals like chickens, ducks and even a turkey called Bow Tie. While a statue of St Francis of Assisi, the patron saint of animals, stands inside the Jungle Room to this day. But there were times when the critters became too much to handle, even if The King was fond of them initially.

Elvis was a particular fan of peacocks, known in some religions to represent eternal life.

Apart from his jumpsuit inspired by the birds, Elvis even had stained glass peacock panels designed for Graceland in 1974 by his girlfriend at the time Linda Thompson. 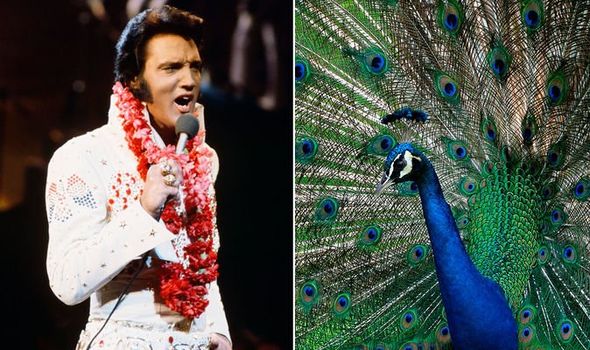 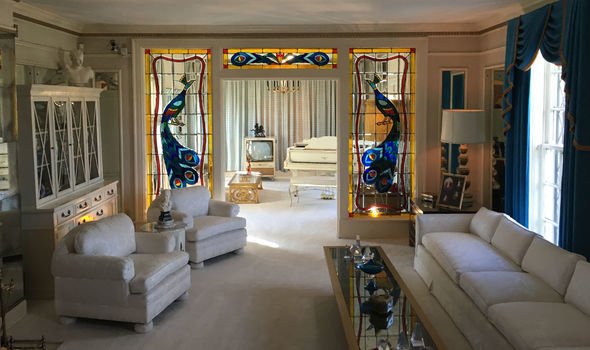 According to the official Graceland website: “The stained-glass peacock panels between the Living Room and Music Room, as well as the stained glass around the front door and the stained-glass fixtures over the pool table in the basement were added to Graceland in October 1974.

“The work was done for Elvis by Laukhuff Stained Glass Company of Memphis for the cost of $9,345.”

But during a virtual live tour of Graceland last month, Elvis expert and archivist Angie Marchese shared: “There were actually some pet peacocks that ran around the property here at Graceland at one point.

‘That was until they started seeing their reflection in the gold Cadillac and started pecking the paint off the car.” 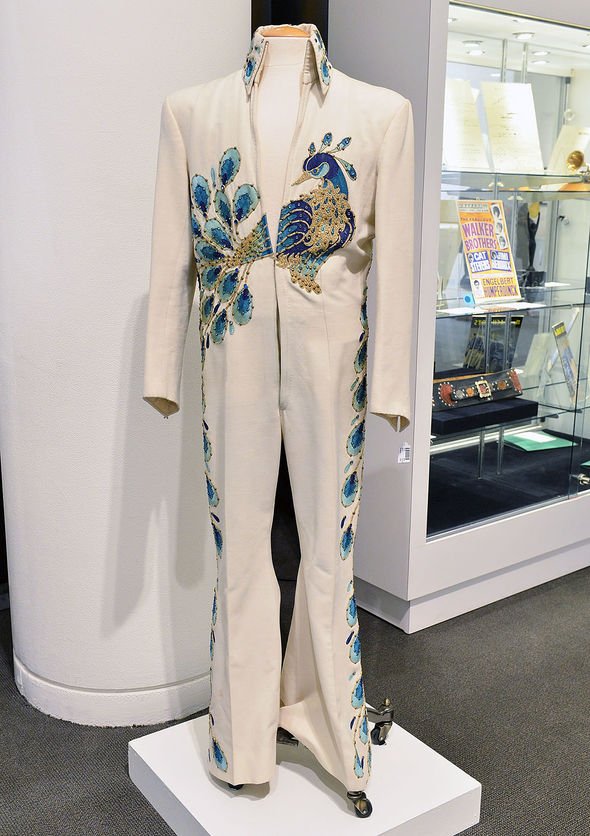 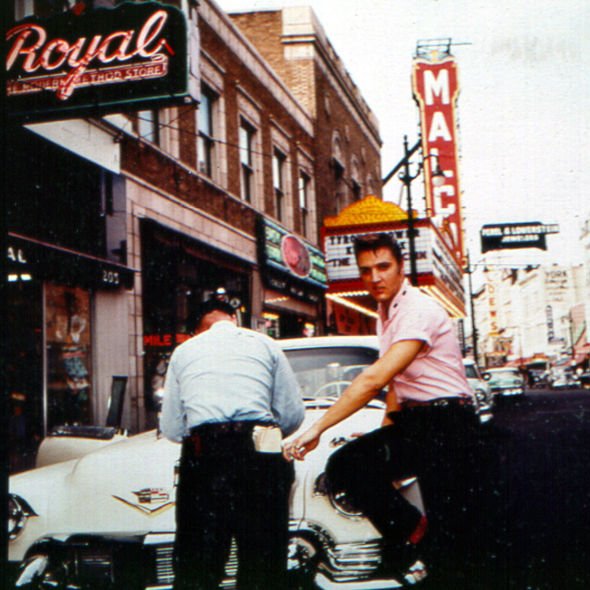 Elvis may have enjoyed his peacocks walking around Graceland, but this was too much for even The King, who banished the birds from his property.

Angie added: “Needless to say, the car got a paint job and the peacocks found a new home at the Memphis Zoo.”

Elvis famously sent his gold Cadillac on tour to promote his music and movies between 1965 and 1968.

And interestingly, Sir Paul McCartney has revealed this move is what inspired The Beatles to quit touring.

Speaking on The Adam Buxton podcast, Sir Paul said how The Beatles were unhappy with their touring situation and weren’t having much fun.

When the Fab Four got home to England they began to ask themselves what they should do to avoid having to tour again.

The 78-year-old revealed: “And what happened was we’d heard that Elvis Presley had sent his gold-plated Cadillac out on tour.

The Beatles said to themselves: “That is brilliant! Only Elvis could have thought of that.

“What we should do is we should make a killer record and that can do the touring for us. So that’s what Sgt Pepper was all about.”

Of course, The Beatles never did tour again but focused on their studio albums. However, on January 30, 1969, the Fab Four gave their last ever live performance on the roof of Apple’s Savile Row headquarters.

The concert was filmed and has been digitally remastered for Peter Jackson’s upcoming Let It Be documentary film, The Beatles: Get Back.