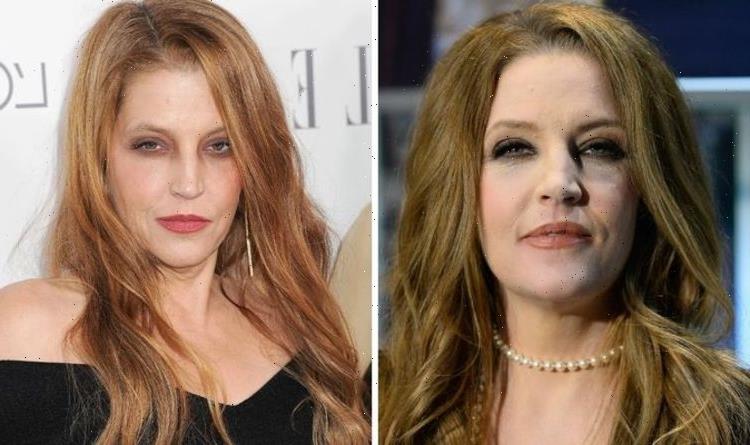 Lisa Marie Presley has barely been in the public eye in recent years, but as the daughter of The King, she regularly finds herself the centre of attention for fans. Her four marriages have been the source of many rumours and speculation over the decades, with the star tying the knot to legends such as Michael Jackson and Nicolas Cage. During her last marriage to musician Michael Lockwood, she moved to the UK. Keen to see how the Brits live, she was more than happy to her stuck into one of the country’s best-known staples – serving food out of a Mr Chippy van.

At the time, she was 44 years old and had just bought a £9 million home with her now-ex-husband Lockwood. Reports that she was seen in the chip shop first sprang up in 2012 by Mail Online. The publication spoke to the owner of the business who confirmed the star had indeed put on the apron.

Kim Scales, the Mr Chippy boss, said: “Lisa Marie likes to see how we live and experience British life. She couldn’t wait to do it. We were laughing because the customers didn’t know who she was. She really enjoyed it.”

The singer had made the move from Los Angeles to Rotherfield, East Essex in 2010. After living in the area for two years, she wanted to get involved in the local community, even joining a run held to aid the children’s hospice Demelza House.

Scales explained: “[Lisa Marie] really wanted to do the run, which her husband and children also took part in. It seems whatever she says she is going to do, she does it.”

The business owner also ran the local pub, The King’s Arms. She said: “She is really interested in who people are and wanted to know all about our lives and how we live. We own the pub and a mobile fish and chip van, but she said she’d never heard of anything like it, and said she wanted to work on it. She got on there with her son, but we were all laughing because not one of the locals realised who it was.”

It seems Lisa Marie wasn’t intimidating for the locals, as she frequented the pub just like everybody else.

Scales continued: “She served one local double fishcake and chips and he didn’t have a clue that she was Elvis Presley’s daughter. She loves fish and chips and drinks and eats in the pub all the time. She’s partial to a pint of Guinness, too! It was nice for her to have that normal experience. She’d have never been able to do that in LA.”

Despite diving into the local culture, she wasn’t natural at the job. The boss admitted she wouldn’t have hired her to work in the pub, saying: “No way! She got the fish all upside down and was totally cack-handed.”

It seemed the move was exactly what she wanted though, as she told the BBC that it was “very refreshing,” adding: “There is a quality of life that I needed.”

Speaking to BBC Radio 2 in 2011, Lisa Marie explained: “We have found the quality of life so much more enriching and fulfilling. The civility, the culture, the people and its beauty have reawakened me and have smoothed out some of my bleak and jagged views about people and life. I can honestly say I am the only person who came to England for the weather. I love the cold and the rain.”

In 2016, Lisa Marie and Michael Lockwood filed for divorce after 10 years of marriage. It is believed she is currently single.

In 2021, Lisa Marie moved back in with her first husband, Danny Keough eight months after the tragic suicide of their son, Benjamin Keough.  Located in Calabasas, California, the pair were comforting each other during the heartbreaking time. They were originally married from 1988 to 1994.

At the time, a source told The Sun: “Danny has moved around a lot in the past but came back to be by Lisa’s side immediately when they were left devastated by Ben’s death, he was staying with her at the Beverly Hills Hotel. They are now living with family at a new house in Calabasas and have been grieving together, it’s been an extraordinarily difficult time and he’s been a rock for Lisa.”