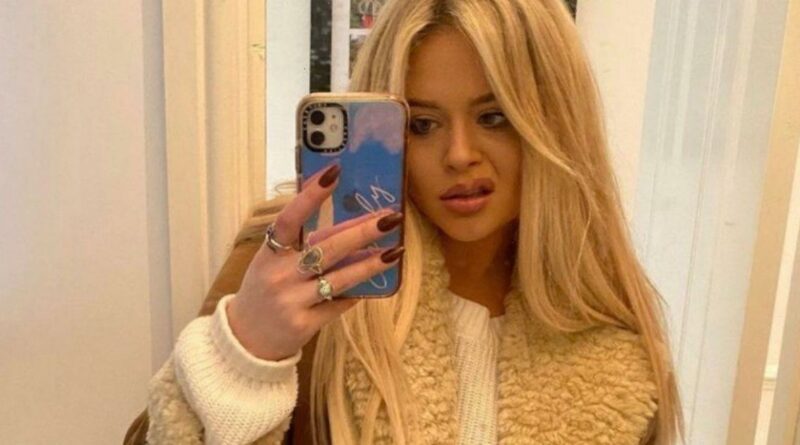 Emily Atack has appeared to take a little swipe at Jack Grealish with a cryptic Valentine's Day poem.

The Inbetweeners beauty was romantically linked to the Manchester City star last year, but they were said to have cut ties as Jack confirmed that he and model girlfriend Sasha Attwood had rekindled their relationship.

But Emily now seems to have had the last laugh by sharing a cryptic poem about relationships – and a bit of a "shout out" to other singles.

According to reports, the poem said: "Roses are flowers. Pebbles are stones. Here is a big shout out to those on their own.

"Thank yourself lucky and try not to sob.

The Sun previously reported that Emily and Jack had enjoyed some secret meet ups in October last year, although nothing was confirmed by the stars.

They were said to be in regular contact at the time.

However, Jack's messages apparently started to fade away and the footy ace went on to rekindle his romance with his former flame Sasha.

Celebrity Juice beauty Emily was then said to have cut ties with the star.

A source told The Sun at the time: "One minute he was besotted, the next he was back with Sasha and acting as if Emily didn't mean anything.

"When their affair came to light, it quickly became apparent that people were getting hurt – and that things could get very messy.

"Emily didn't want a huge drama, and took the executive decision to calmly walk away."

The insider said it was possible that Emily and Jack could be friends again once the dust had settled.

"But certainly not for the foreseeable," they added.