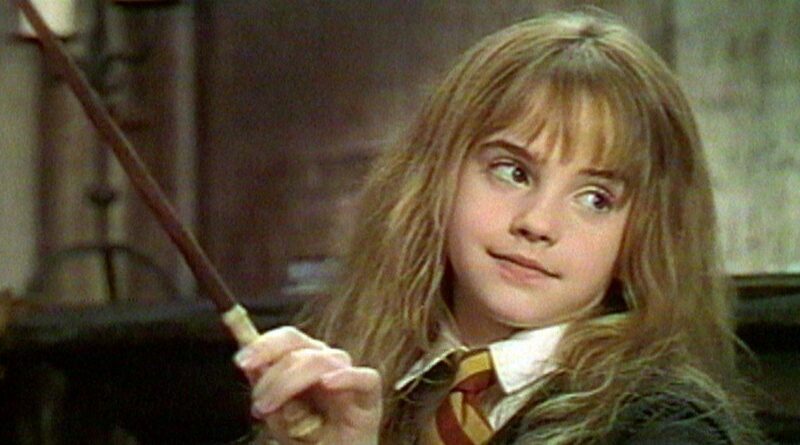 Harry Potter actress Emma Watson previously confessed she had a crush on one of her co-stars – but it wasn't reciprocated at all.

The star, who played Hermione Granger, is known to have a pretty private life now, but has spoke of her childhood crush in the past.

Speaking when the final Harry Potter film came out, Emma, who is now 31, admitted she'd had a crush on Draco Malfoy star Tom Felton.

In 2012, during an appearance on The Jonathan Ross Show, she confessed: "Between the ages of 10 and 12, I had a really terrible crush on Tom Felton."

Fans will know that Tom plays Slytherin villain and Harry's arch enemy Draco Malfoy, who is also quite awful to Hermione.

But it seems that didn't put young Emma off.

She explained: "We love a bad guy and he was a few years older and he had a skateboard, and that just did it really.

"He used to do tricks on it. He was so cool. He totally knew (I had a crush). And the thing is, he’d turn and go, ‘Oh, I see her in a younger, sisterly way'. And it just broke my heart, still does.”

Luckily, the two stars became close anyway, even if Tom didn't have the same feelings of young love.

Emma said previously: "We talked about it, we still laugh about it. We are really good friends now, and that's cool."

While Tom told E! News: "It was very flattering for a 12-year-old boy, but it's nice that we've become friends since then and we can kind of look back and have a laugh at it."

But, adding, "sorry to disappoint", he said he didn't feel the same way, saying: "We were always very close, but no, nothing of that nature."

And in 2018 he said: "We do see each other quite a lot actually. We just don’t always post pictures about it.

"I absolutely think the world of her."

The duo have reunited for the long-awaited Harry Potter reunion, which will be available to stream on Sky Max and NOW from January 1, 2022.