The pair had apparently been dating for the past six months, and according to The Sun it appears things have not worked out between them.

A spokesperson for Emma told Digital Spy that they do not comment on her private life, and we have also reached out to Chord’s representatives for comment. 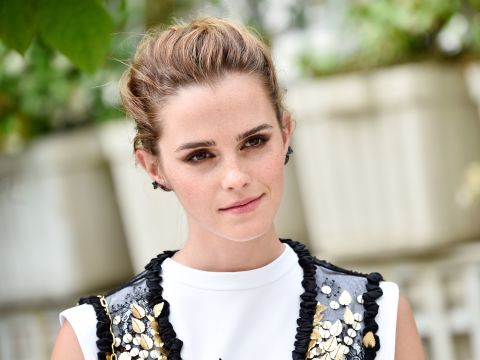 Emma is obviously best known for playing Hermione Granger in all eight Harry Potter movies, while Chord played Sam Evans on Glee between 2009 and 2015.

Earlier this year, Emma had a Potter reunion that got us all excited after being pictured with co-stars Matthew Lewis and Tom Felton – aka Neville Longbottom and Draco Malfoy.

Fellow star Jason Isaacs (Lucius Malfoy) also got involved in the post’s comments by joking: “It’s like the front cover of Orthodontist Monthly.”

Emma then replied: “It’s true, our teeth do look excellent.”

The actress also hit the headlines during this year’s Oscars after displaying an apparent tattoo that contained a grammatical error.

However, she brushed off the whole affair with humour and revealed that it was actually a fake tat after all.

“Fake tattoo proofreading position available,” she tweeted in response to the saga. “Experience with apostrophes a must.”