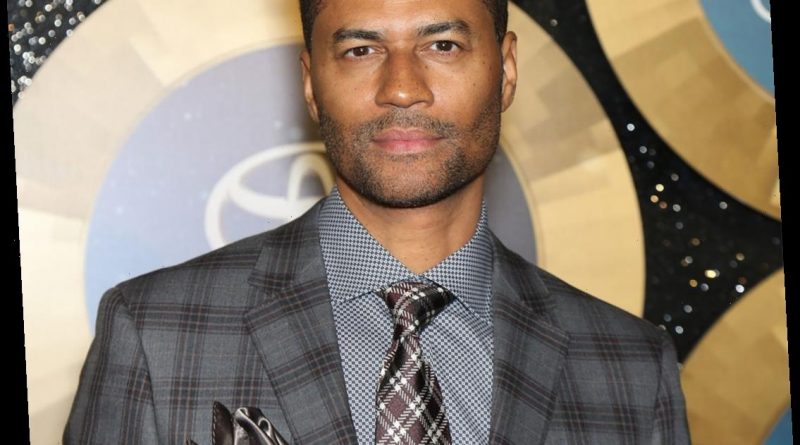 Eric Benét is a Grammy nominated singer, dad and husband — but he is also a survivor.

As the star of an all-new episode of ALLBLK'S docu-series, A Closer Look, which premiered Thursday, Benét, 54, opens up to PEOPLE about the misfortune he quietly overcame in his private life.

"I spent a lot of time in my career keeping details of my life close to the vest to keep it about the music," he tells PEOPLE. "But with this newfound maturity and wisdom, I look back at the mosaic of my life and I'm proud of the man I've evolved into. That is a product of my faith, victories and challenges. I feel really comfortable talking about my journey now."

For the star, one of the first steps in his journey to fame was gaining his father's approval to pursue music. Benét's parents were born in Alabama in the 1930s, where they endured racism and segregation, often having to run for their lives. After prejudice prevented his dad from becoming a doctor, the police officer believed Benét "could have an easier route in life" if the singer earned a degree.

"If my father could've had it his way, I would have gone to college and gotten a very stable situation because those first seven or 10 years trying to get in the business was a struggle like a bitch," he says with a laugh. "Whether you have a degree or not, there's no guarantee if you're gonna be struggling. You only get one crack at this thing called life, so you may as well put that time, fight and struggle in for something that's in your DNA and something that you love," he adds. "I think my father ultimately saw that."

By the time Benét was about 15 years old, his dad, an artist himself, became impressed by his musical talent.

"My father was a pillar in the community. For him to actually listen to my art and be moved by it and say, 'Wow, I didn't know it was gonna be this good' — that was so huge for me," he tells PEOPLE. "It meant a lot. I knew what it took for him to say that. I'm really grateful for that moment."

Benét eventually did go off to college, but he dropped out soon after. "I'm such a hypocrite," he jokes. "Because with [my daughter] India, I became my father. I was like, 'No, I think you should go to college.' She did it and I'm so proud of her. She's amazing. It's funny how you become your parents." The Trinity Goodheart star and his sister Lisa eventually landed a record deal and "got a tiny, little taste of what it was like to be in LA … Then we were dropped immediately."

By then, Benét had welcomed his first child, daughter India, with his longtime girlfriend Tami Stauff. Things were going beautifully for the musician and his new family until Stauff died in a car crash when India was just 16 months old.

Stauff was only 24 at the time. "It was horrible. It was one of those moments in life where I was certain I wasn't gonna be able to make it. It's very hard to describe. When I was a 24 or 25-year-old kid when India was born, I was really about a 14-year-old guy."

Benét credits his family for supporting him as he mourned Tami's death. "My family was mourning too, [but] they held my hand and cried with me. I was crying for a very, very long time, but never in front of India."

"The most important thing to me are my children," says the star. "That's the center of my life. My family, my wife and kids and my siblings and I, we have such a close knit connection."

Before Tami's death, Benét admits he focused more on becoming a star than fatherhood.

"I was a dad, but I was mainly a dad on the weekends," he recalls. "I was trying to make music happen. Then faith said, 'No, this is the deal. We're gonna take India's mom and you are now father.'"

"The amount of … I couldn't wrap my head around the pain, mourning and tragedy of Tami leaving at such a young age when she was such a beautiful, loving person and devoted mother. I can't begin to explain or try to even communicate the pain," says Benét. "Having to grab India when she was a baby and act like happy daddy to help her get out of her infantile mourning stage … It was a horrible, horrible time."

But he learned a valuable lesson from that experience. "Unconditional love is damn near a rarity in life," he tells PEOPLE. "When you have a group of people, a family, whether they are family by blood or family by experience, who see the best in you you don't and have your back … that's the best part of life. You can have money and you can have all these accolades and all this other s—, but when it comes down to it, you just want somebody who looks at you and sees the best that you are and will love you no matter what."

With so much loss after the deaths of Stauff and his father, who had lost a battle with cancer, Benét was filled with doubt. "Even once I got my solo deal, I was gun-shy. I was like, 'I'll stay positive. I'll keep moving forward and making music the way I want to, but this rug could get pulled from under me at any moment.'" "I had that mentality probably until my second album as a solo artist, A Day in the Life, after 'Spend My Life with You' went to No. 1 and stayed at No. 1 for like ever," he details. "That's when I started to feel like, 'Maybe I have a future. The way that I've experienced life is, I don't take anything for granted. I don't assume that, 'Hey, I made it.''"

In the public's eye, Benét seemingly "made it" when he tied the knot with Halle Berry in January 2001, though they divorced four years later. The star went on to marry his wife Manuela Testolini — with whom he shares daughters Lucia, 9, and Luna, 5 — in 2011. (Eldest daughter India is now 29.)

"It was completely surreal," he tells PEOPLE of the pressures he felt during his high-profile marriage to Berry. "People look at people who are in the limelight, and what's happening in the celebrity's life is basically entertainment to them."

"They may be going through something traumatic or life-changing, but for the public viewing all this in the fish bowl, it's just one of 50 things they're going to read about or clickbait as a little escape from their life," says the singer. He felt like an exhibit display during his first marriage. "It's like when you go the zoo and you see the koala bear behind the glass cage and people are looking at you and pointing. There's no way to prepare for that or the emotion that will stir up inside you."

In June 2005, months after his divorce was final, Benét released his third studio album Hurricane, which was largely inspired by his split with Berry.

When asked if he still gets emotional when listening to it, he tells PEOPLE, "When I listen to Hurricane or those songs on that album, I am immediately transported emotionally to where I was when I was writing it. There are certain songs that I haven't listened to in a good 10 years."

Benét says by the time he met his wife Testolini, he was practically asexual, which contributed to how quickly they fell in love.

"I was very sexually attracted to her," he says with a laugh. "That was secondary to having a real connection. We bonded without the steamy cloud of lust fooling us into thinking it was anything other than what it was, which was a genuine love for each other."

The two also bonded over their respective divorces. Testolini and late singer Prince finalized their divorce in 2007.

"It made us understand each other a little more," Benét explains. "She got to know me for me and I got to know her for her. We're both very confident people, so I never felt intimidated by a past relationship. I think she felt the same."

Throughout his career, Benét has released many hit collaborations, including "Spend My LIfe with You" with Tamia, "a wedding march" which remained on the Billboard Hot 100 for 22 weeks. He tells PEOPLE he knew the song would be a smash immediately.

"I heard Quincy Jones describe that if it's a hit, there is a goosebump factor as soon as the concept of a song begins to take form. For me, it was a combination of goosebumps and stomach-turning in a good way and a giddiness," he laughs. "That's what the pyrometer was for me."

The "Sometimes I Cry" hitmaker is also proud to have teamed with "one of his idols" Maurice White, of Earth, Wind and Fire. And there's another unforgettable moment in his career. "I got to the KJLH radio station that's owned by Stevie Wonder and they said, 'Stevie's gonna interview you.' Being interviewed by Stevie Wonder for an hour was the most surreal, 'this don't make no damn sense,' moment in my life. I've had many moments that I'm grateful for, but professionally, those two jump out."

These days, Benét is excited to "flex that filmmaker muscle" on his upcoming feature film, which he is producing alongside his longtime director and creative partner Devin Hampton. Hampton was nominated for best director at the Paris Film Festival.

"I'm so proud of him and excited for the things we're gonna do," he tells PEOPLE. "I feel like I'm entering my second act of my career. I was talking to David Foster and telling him about my movie stuff and he was like, 'Hey man, sounds like this is your second act.'"

Benét, who is excited to perform at live shows again — where he feels fans get to see the real him — has been enjoying his time with his family.

"It's been great," says the songwriter. "A couple of times, we've gotten in an RV and driven across the country. I had the most wonderful connection with the kids and Manuela [during our trips] … I did the same thing with my siblings. My siblings and I would pile in because I love nature and I love being grounded."

"Being out in a forest with a stream, playing games and laughing with the people you love the most, there ain't nothing better than that," Benét tells PEOPLE.

Catch the all-new episode of A Closer Look: Eric Benet on ALLBLK.