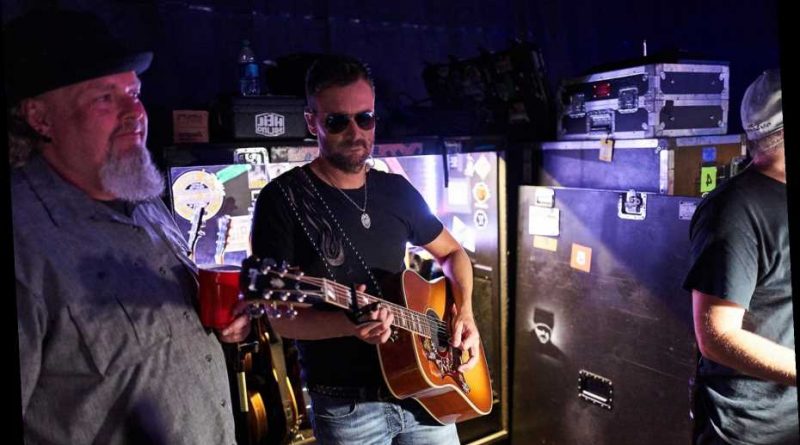 Eric Church will follow up his 2018 album Desperate Man with three new albums. Collectively titled Heart & Soul and spanning 24 tracks, the albums will be released over a week in April: Heart on April 16th, one titled & on the 20th, and Soul on April 23rd. Preorders begin January 29th.

The reigning CMA Entertainer of the Year announced his ambitious plan in a video dispatch to his fan club, the Church Choir. Heart features nine songs, including the previously released “Stick That in Your Country Song” and “Crazyland,” along with new song “Heart on Fire,” which leads off the LP. The Soul album includes his current single “Hell of a View,” “Jenny” (a song he debuted at Country Radio Seminar last February), and a track titled “Lynyrd Skynyrd Jones.” The ampersand record will be available only to Church Choir members and includes the songs “Through My Ray Bans” and “Doin’ Life With Me.” Since June, the Nashville singer has been releasing individual tracks from a marathon writing session in his home state of North Carolina.

In a video, Church says the albums “came out of my 28 days in the mountains of North Carolina where the songs were recorded and written” and acknowledged the trying times of the pandemic. “It’s been a long 10 months. With the power of music and love for each other, we will get through this, we will gather again soon,” Church said, adding that the music is “the very best we’ve ever made.”

The Heart & Soul news arrives a few days after the NFL announced that Church would be singing the National Anthem with R&B singer Jazmine Sullivan at Super Bowl LV.

The 10 Most Bizarre Country Christmas Songs

Here’s the track list and writing credits for all three LPs: