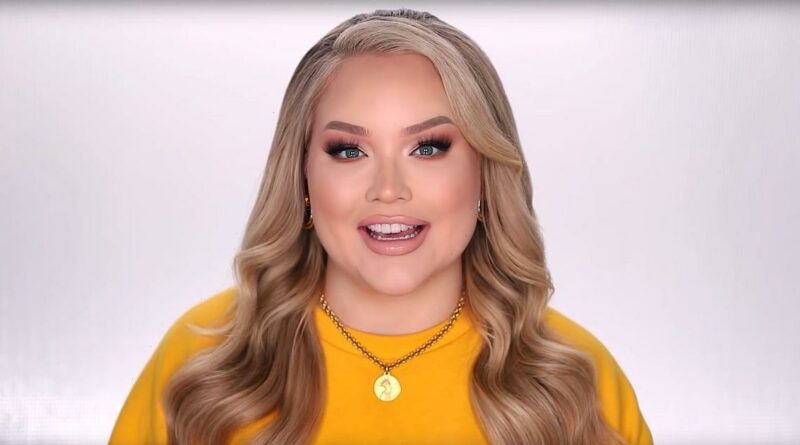 The Eurovision Grand Final is almost upon us.

It’s been a long wait after the cancellation of the 2020 Song Contest, but with a live audience of 3,500 people permitted at the Rotterdam Ahoy arena, this year’s show has officially been given the green light.

It’s set to be hosted by the same presenters who were lined up for last year’s event – Dutch TV presenters Chantal Janzen, Edsilia Rombley and Jan Smit.

But there’s also been a new addition to the regular hosting panel – Nikkie de Jager, more commonly known by her YouTube alias NikkieTutorials.

Nikkie was originally supposed to be the Online Host for last year’s contest, but after the event’s cancellation went on to appear as a co-host in the replacement show Eurovision: Europe Shine a Light, on which she reported the show’s online content live to the audience.

The two-hour show was broadcast live from Hilversum in the Netherlands, and honoured each of the 41 songs chosen for the 2020 show in a non-competitive format.

And at the close of the show, each artist came together to perform the song Love Shine a Light.

But who is Nikkie de Jager?

Born in the Netherlands in 1994, Nikkie first launched her YouTube channel, NikkieTutorials, back in 2008 after being inspired by Lauren Conrad’s makeup in the MTV show The Hills.

She dedicated her videos to makeup tutorials, quickly becoming renowned as an expert in the MUA field, and eventually collaborating with icons including Kim Kardashian, Selena Gomez and Jeffree Star.

But Nikkie’s most popular video is entitled The Power of MAKEUP, which launched her career into the stratosphere in 2015.

In the clip, Nikkie went bare-faced before decking out half her face in makeup to show the contrast between cosmetics and her natural look.

Since then, her subscriber count has rocketed to 13.8million, and she has collaborated with brands including Maybelline and Lady Gaga’s makeup brand Haus Laboratories.

In 2017, she was named one of the top ten beauty influencers by Forbes magazine, and scooped two awards, including for Choice Fashion/Beauty Web Star at the Teen Choice Awards.

Nikkie came out as a trans woman in February 2020, releasing a video to her channel labelled I’m Coming Out.

She revealed that she had been blackmailed by someone threatening to make her assigned gender public after keeping it under the radar for the entirety of her online career.

"I can’t believe I’m saying this today to all of you, for all the world to see, but damn – it feels good to finally do it," Nikkie admitted in the video. "It is time to let go and be truly free.

"When I was younger, I was born in the wrong body, which means that I am transgender," Nikkie was tearing up as she explained.

"I am Nikkie. I am me. We don’t need labels," she continued.

Nikkie elaborated that while she did want to tell fans eventually, a blackmail threat meant her opportunity was "taken away" from her.

Nikkie opened up more publicly on The Ellen DeGeneres Show, explaining that she had received messages from "a certain person" who intended to "expose" her identity.

"A couple of weeks ago I got emails from a certain person, who was not OK with the fact that I was ‘lying’ and wanted to expose that," she told Ellen.

"He had a very pressuring tone of voice, and he was like, ‘If I don’t get an answer by tomorrow, it’s out’."

But after appearing on the show, it was clear her relationship with Ellen was far from rosy.

While being interviewed on Dutch programme De Wereld Draait Door, Nikkie claimed she was treated differently from Ellen’s other guests, and labelled the host "cold and distant" towards her.

She told &C magazine: "I was greeted by an angry intern who was a bit overworked. […] Every guest at Ellen’s had a private toilet, but I didn’t. I was not allowed to use the nearest toilet, because it was reserved for the Jonas Brothers. Why do they get a private toilet, I thought."

Along with appearing in videos on Nikkie’s YouTube channel where they do each other’s makeup, Dylan is a regular feature on Nikkie’s social media pages.

Last November, she shared an adorable snap of the pair getting cosy on a shaded wooden bench, both bundled up in winter gear.

"Charizards are red, Squirtles are blue, if you were a Pokemon, I would choose you!" she cheekily captioned the pic.

The lovebirds officially announced their engagement in August 2019 with a snap of them sharing a meal by the ocean.

Dylan’s arms are around Nikkie’s shoulders as she points to the huge rock on her finger.

Things haven’t been plain sailing for the loved up duo – last year, she and Dylan were robbed at gunpoint in their Netherlands home.

She opened up about the incident to fans, telling them: "We were robbed at gunpoint at our own home, and even though I can’t tell you too much because there’s still a very ongoing investigation, I do want to let you know that I am okay. I may not look like I’m okay right now, but I’m okay.

"Having one of those worst nightmares come true is very surreal, but it also puts a lot of things in perspective.

"Maybe one day I’ll be able to tell you everything. But right now, it’s impossible for my mental state."

Nikkie said makeup has always been a form of "therapy" for her, which helped her to cope with the traumatic ordeal.

The Eurovision Grand Final will air on BBC One on Saturday, May 22 at 8pm