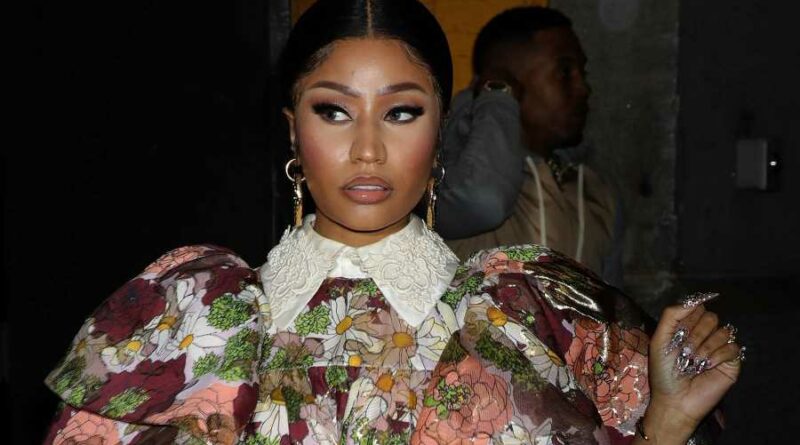 Today is the Met Gala, the annual high fashion event that is still apparently a thing. After cancelling last year’s festivities on account of the pandemic, this year’s event will require attendees to be fully vaccinated and to wear a mask.

The new rules have a number of rumors circulating about which A-listers remain unvaccinated. Nicki Minaj, whose Met Gala attire is usually an event unto itself, tweeted this afternoon that she would not get vaccinated for the event. “If I get vaccinated it won’t for the Met. It’ll be once I feel I’ve done enough research. I’m working on that now,” she wrote. “In the meantime my loves, be safe.”

Earlier this year, Minaj re-released her debut mixtape Beam Me Up Scotty, featuring three new singles and a verse alluding to the ongoing legal battle between Minaj’s husband, Kenneth Petty, and a woman he was convicted of sexually assaulting in 1995. The singer and her husband have fielded allegations of harassing the victim in an attempt to get her to recant her statement. Last week, Petty pleaded guilty to failing to register as a sex offender.

Minaj was conspicuously absent from the MTV VMAs this weekend, causing many fans to wonder if the legal trouble she and her husband have faced was the cause. In the replies to her tweet about the Met Gala, she appears to suggest that she was unable to attend the VMAs after catching Covid-19 on a video shoot. She also alleges that Drake, whose new album she appears on, caught a breakthrough infection of the virus despite being vaccinated. She then shared a number of other anecdotal theories about the effects of the vaccine.

Of course, there is an abundance of research on the safety and efficacy of the Covid-19 vaccine. In any case, there will be one less celebrity on coveted Met steps this evening.