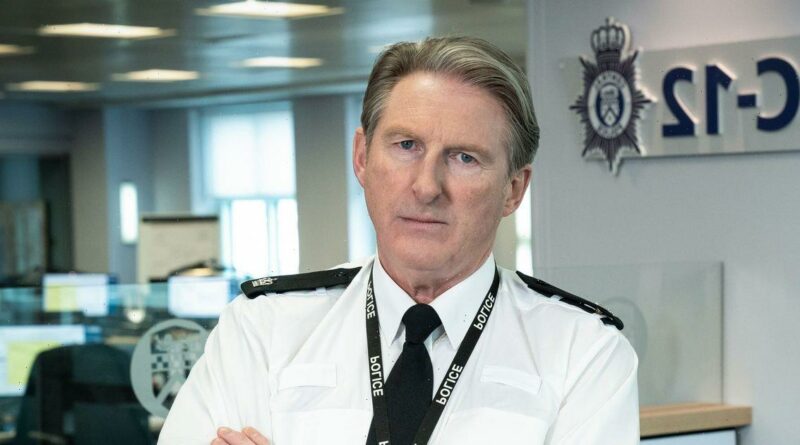 It’s not long now for fans to wait for the grand finale of Line of Duty.

And if avid viewers of the show were not desperate enough to discover who the mysterious kingpin H is, well the BBC’s new trailer – teasing Sunday’s final episode – has certainly done its job of whipping up a storm ahead of what promises to be a gripping finish.

Many eagled-eyed fans of the show like doing a bit of their own detective work – and they’ve been busy spotting clues in the six episodes so far.

The investigation into the murdered journalist Gail Vella is set for a dramatic conclusion.

And here at the Daily Star we have a close look at the evidence that might well help discover the identity of the fourth – and potentially – final Organised Crime Group (OCG) operative embedded in the police force. Line of Duty writer Jed Mercurio is famous for leaving tantalising breadcrumbs for fans of the show, giving them chance to speculate on who might be corrupt – or not be as the case may be.

And one of the long-running theories is that H spells ‘definately’ wrongly in the show.

In one scene from the new series, Jo Davidson is believed to be communicating with H via a laptop.

It’s a similar method of coded-communication which undercover copper John Corbett used in the last series of the show. He ultimately met a grizzly death and fans spotted that AC-12 boss Ted Hastings made the same spelling mistake after the anti-corruption team had hacked into a laptop in a bid to lure H into the open.

Ted later claimed he had carefully studied the spelling habits of H to try and impersonate him.

And actor Adrian Dunbar even admitted in an interview with Susanna Reid on Good Morning Britain, that the spelling error is a big clue to H’s identity. Some fans have speculated that Steve Arnott is in fact H. Viewers spotted a secret H in the kitchen tiles as Steve spoke to Steph Corbett, the wife of murdered officer, John.

They say this is a cryptic club that Steve is a guilty man.

But H has been spotted up at various junctures throughout the new series – and some fans even believe graffiti on a wall points the finger at Ted and Kate Fleming.

“Not that I’m going OTT with the #LineOfDuty analysis here,” penned LOD fan on Twitter, “but check out the graffiti between Hastings and Kate here.” Detective Chief Superintendent Patricia Carmichael has quickly made herself one of those characters fans love and hate in equal measure.

Anna Maxwell Martin’s performance is excellent as the bitchy copy out to shut down AC-12.

But fans have questioned whether she could in fact be H because of her surname.

One avid fan of the show tweeted: “I think Carmichael is H. Jimmy Lakewell told Steve to look more into the race claim.”

They added: “Take away Raceclaim from Carmichael and what do you have left…

The infamous Caddy turned out to be Dot Cotton, with former police chief ACC Derek Hilton and lawyer Gill Biggleloe also famously unmasked as three of the four OCG members the AC-12 unit were chasing.

And fans think they have spotted a (very literal) club in Detective Superintendent Ian Buckles’ office.

There was a bag of golf clubs behind Buckles in on scene before he was eventually set-up by Jo Davidson and banished to a police cell.

Episode two also showed Ian had generic golfing pictures in his office, potentially linking back to one golf club where late crime boss Tommy Hunter groomed recruits from an early age to embed them in the force. If you think any of the theories so far are a little far-fetched, well try this one out for size.

In one episode Steve meets Kate in the dead of night and flashes his car lights four times to unsubtly alerts his former colleague of his whereabouts.

And that has got some fans theorising that Steve’s flashing could be morse code for H.

Morse code had a spectacular effect in series three when Dot signalled to Kate that there were four corrupt officers in the force by using morse code before he died.

Fans are convinced there is a deeper meaning to the clue.

Even before the new series aired, fans got themselves into a frenzy as a cheekily-planted QR code led to a secret letter.

The letter is focused on Ted and his position at the AC-12 helm.

“I think it is high time we had a much closer look at AC-12,” read the letter. “I’m beginning to question whether this department is fit for purpose, especially under its current – and let’s be frank – extremely difficult leadership.”

It stressed: “Ted Hastings doesn’t lead investigations, more commit to a crusade. He is oblivious to the politics of the situation which creates problems for me and problems for you because policing is politics.

“And should AC-12 even be led by someone who himself has been accused of corruption?

“The question is what to do next. Is it time for leadership change? What role should Ted Hastings have in the organisation – if any at all?”

The letter is signed by Philip and we know that AC-12 has been severely-scaled back in the new series, hinting that corruption still remains at the top level.

And just to make things even more interesting, there is a hyperlink in the letter which leads to a painkiller prescription for Steve, who is scared stiff of punishment after a routine drugs test and refusing to respond to occupational health emails, which could see him suspended.

The prescription is from Kingsgate Pharmaceutical Ltd, with the Kingsgate Printing Services a known OCG hangout.

Line of Duty concludes on Sunday night, 9pm, on BBC one