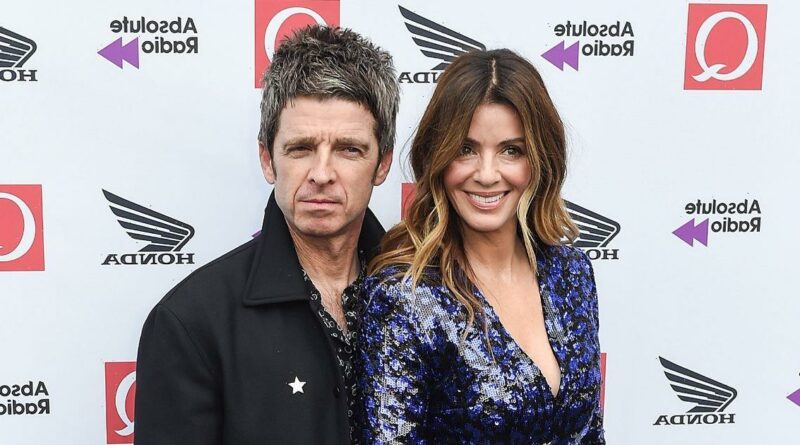 The couple originally met when Noel was still married to his first wife Meg Matthews. The pair later divorced and Sara and Noel got together soon after.

And it was another 10 years until he was ready to tie the knot with Scottish former publicist Sara, with comedian Russell Brand acting as best man at the ceremony.

But things aren’t all rosy – since Oasis formally split in 2009, brothers Liam and Noel have been engaged in a bitter and public fight.

As the couple celebrate their tenth wedding anniversary, we take a look back on everything Sara has had to say about the Oasis brothers’ feud from an insider’s perspective.

Speaking to Vogue magazine, Sara opened up about how once she’d found things getting physical when the brothers were together in the same hotel room.

"They were rolling around like geckos," she told the publication. "Noel’s shirt was in ribbons. We left, but then I realised I’d left my bag in there. Noel knocked on the door and it was hurled down the corridor."

Things took a nosedive when she and Noel underwent a brief split after two years together, as Liam reportedly rang her "11 times in one night" to call Sara a "f***ing bitch".

Sara readily admitted that their children Donovan and Sonny have never met their Uncle Liam.

It comes after their spat led to Liam originally calling Noel’s daughter Anaïs – who he had with first wife Meg – "his f***ing kid" in public.

"She had a relationship with Liam growing up," Sara said of her stepdaughter. "For your uncle to refer to you publicly as ‘his f***ing kid’, I think to myself, how much longer before he goes for Sonny or Donovan?"

It wasn’t the only time Liam had attempted to drag Anaïs into the feud, as he WhatsApped her a screenshot of a comment her step-mum had made in relation to one of his performances.

A fan had asked Sara: "Staying for Liam’s set?"

And Sara responded: "Think I’m going to swerve that. The fat t**t doing his tribute act, balancing a tambourine on his head is going to look pretty dated after Stormzy."

And Noel later shared the chat screenshot on his Twitter account, as he wrote alongside it: "So you’re sending threatening messages via my teenage daughter now are you?"

He continued: "What you planning on doing anyway? Grabbing my wife by the throat to show her who’s boss?"

Liam has since apologised for bringing his niece into the feud, telling Mr Porter: "I probably shouldn’t have brought Anaïs into it, and I apologise.

"Sara called me fat, which hurt my feelings. I have a belly, it’s well paid for, but I’m not fat."

Sara added that she didn’t want their sons to think that Noel and Liam’s was a “normal relationship between brothers”, worried about the negative influence that either of them Googling Liam and Noel’s names might have.

The 49-year-old even went as far as to engage Schillings law firm to put the media “on notice” that Liam has been harassing her, and to stem the reprinting of any future defamatory tweets he might make about her.

Noel even chipped in at the time to say: "I’ve often thought, ‘Let’s just do a gig.’ But I realised I would only be doing it to shut this f***ing idiot up.

"The only other thing I could come up with was burning his house down or smashing his car in… but that’s not going to solve anything, is it?"

Liam was quick to respond to his brother’s comments on Twitter, as he wrote after the interview was published: "So I hear Noel Gallagher wants to burn my house down.

"F***ing hell I’m in total shock and they say I’m the one who goes round threatening people."

He later added: "S**t me pants then for a second I thought I could smell burning, then I realised it was the toast burning."

Liam called Sara’s interview "marvellous", though it was clear he wasn’t about to let it go, as one fan wondered what the rock n’ roll megastar had dreamt about the night before.

The Oasis frontman quipped: "Some naff c*** burning my house down."

But he was confident his brother wouldn’t make it anywhere near his property, as Liam would "egg" him from the bedroom window before he could get close.

Though some fans insisted he’d taken Noel’s quotes out of context, Liam responded: "I ain’t taken nish out of context. It’s in black n white if I’d have said that they would be trying to get me locked up" [sic].

But in spite of their feud, the brothers seem to be putting the past aside this year, as they’re set to reunite for a documentary which will immortalise their iconic 1996 Knebworth gig.

It will celebrate the concert’s 25 year anniversary.

With both brothers serving as executive producers on the feature-length film, which is set to be released later this year, it looks like they could finally be moving past their decades-long conflict.