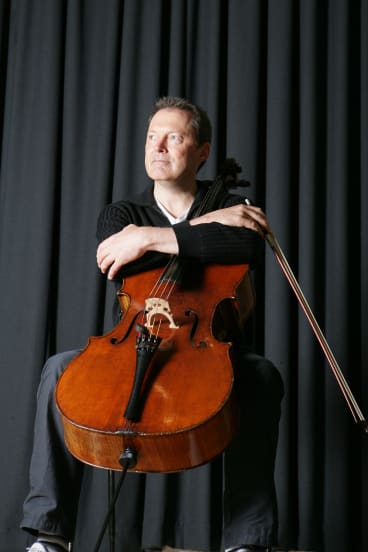 Like the Baroque itself, last Friday’s concert from the academy musicians spilled over at the edges. With a large band of players, director/cellist Howard Penny jolted his forces into action with some dances from Terpsichore, that giant collection of late Renaissance dances collated by Michael Praetorius – some of the most joyful music ever penned – and ended the full program with an expectation-rocking symphony by C.P.E. Bach, right on the cusp of the Haydn/Beethoven Classical era nexus.

In a packed program of 11 segments, these young musicians demonstrated in spades what a remarkable level of skill ANAM has given them. Penny supplied plenty of solid meat, including three Handel scraps – an overture, part of the Water Music, and about half of the Concerto a due cori – and the pastoral interlude from Bach’s Christmas Oratorio complete with two oboes d’amore. But the night also included baroque music you would never or rarely hear, like two startling Zelenka effusions, an imposing Vejvanovsky Sonata a 10, and a kaleidoscopic Muffat multi-partite suite/sonata.

Almost to the end, the ANAM players impressed for their articulation and invigorating address. In particular, the strings launched into each operation with gusto, generating a clear non-vibrato sound gifted with fine dynamic unanimity and tightly framed phrasing. Fortunately, this ensemble also boasted a sterling woodwind body, a pair of confident trumpets, some able horns, an agile trombone trio, and Peter de Jager’s present but unobtrusive harpsichord. The whole event ran over-time but gave rewards in a display of excellent music-making.