Home » Music » Exclusive: The Black Crowes on Their First New Recordings in 12 Years 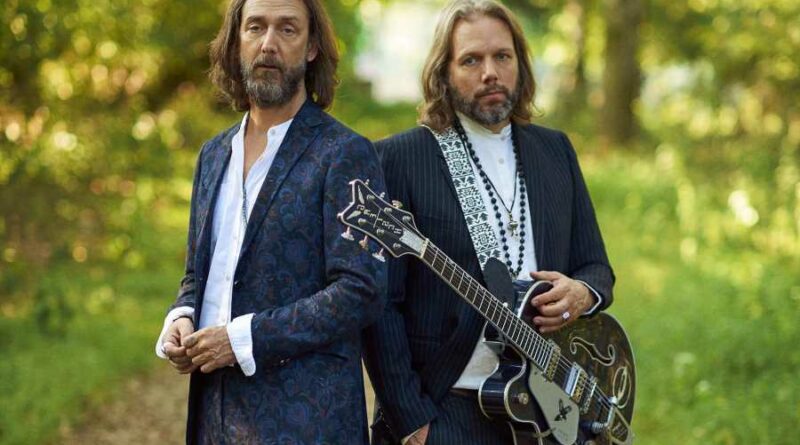 Twelve years after releasing the acoustic album Croweology, with a nasty break-up and an unexpected reunion in between, the Black Crowes are finally dropping new music — sort of. “New recordings, old music,” frontman Chris Robinson says with a laugh. He’s referring to 1972, a collection of six freshly recorded cover songs from that year, which will be available exclusively on Amazon Music on May 4. The first single, a sleek version of the Temptations’ “Papa Was a Rolling Stone,” is out now.

As the Robinson brothers attempt to rebuild their creative partnership, the sessions were like “good baby steps” for them, Chris says, “a less-pressure situation” than new songs. They didn’t have to get along in the studio for all that long, as it turned out; guitarist Rich Robinson managed to finish most of his parts in a day and a half before promptly testing positive for Covid-19 and bowing out. He’s since recovered, and the Robinson brothers are writing songs of their own, aiming to hit the studio in January — Chris says he’s finished his portion of “15 or 20” songs.

For Chris, 1972 was a pivotal year, when “rock & roll music represented this cosmic American music vibe,” as exemplified by the Stones’ Exile on Main Street. “These are some of the holy relics of rock & roll,” he says.

The EP also includes covers of the Rolling Stones’ “Rocks Off,” T-Rex’s “The Slider,” Rod Stewart’s “You Wear It Well,” Little Feat’s “Easy to Slip,” and David Bowie’s “Moonage Daydream.” “The cool thing about it to me,” says Rich, “is how broad the spectrum of music was and how it was all on the same radio station.”

That album’s opening track, “Rocks Off” might seem like a bit of an on-the-nose choice for a band who used to be infuriated by sometimes-overblown Stones comparisons, but Rich Robinson sees that song as “a springboard or a starting point” for an EP that also explores glam, R&B, and more. In any case, the band isn’t exactly hiding their tastes these days: “I mean, I have ‘Rolling Stones’ tattooed on my body,” says Chris. “As a matter of fact, I love the Rolling Stones so much I might get another Rolling Stones tattoo — the same one, right next to it.”

After many tumultuous years, the Robinsons, now in their Fifties, say they’re optimistic about the future of their partnership. “We had a great summer last year,” says Chris. “I think we both have our eyes on the prize. And I couldn’t be more excited about the new songs we’ve worked on.” The band’s Shake Your Money Maker anniversary tour continues this year, starting in May, and on May 4, they’ll perform the 1972 EP live from L.A.’s Whiskey a Go-Go, in a set broadcast live on Amazon Music’s Twitch channel.

Last week, founding Black Crowes drummer Steve Gorman — who was left out of the band’s current reunion — sued the Robinson brothers, demanding to be allowed to audit the records of their partnership and confirm the accuracy of his royalty payments. The Robinsons declined to comment on his suit.