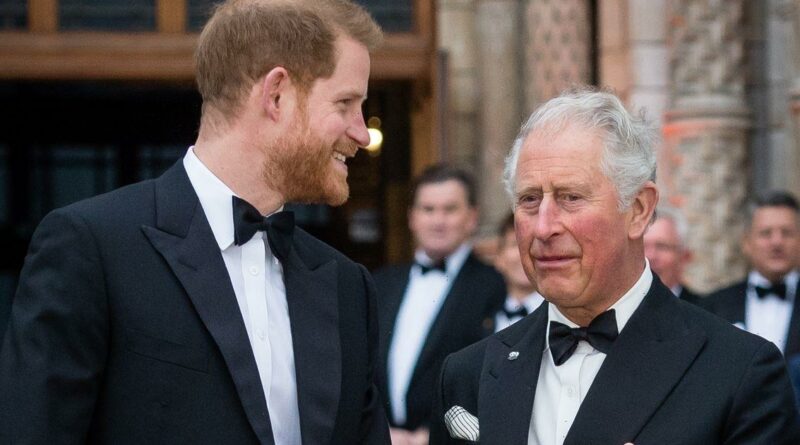 Fern Britton paid a poignant tribute to Queen Elizabeth II, who passed away "peacefully" at her private residence in Balmoral on September 8.

The Queen's death has made her son Charles the new King and his wife Camilla the Queen Consort, as he ascended to the throne immediately upon her passing.

Charles' relationship with his youngest son Harry has been notably strained in recent years, with tensions said to be reaching an all-time high after his interview with Oprah, where his wife Meghan Markle made a number of allegations against the Royal Family.

Taking to social media, Fern said in her tribute: "I truly hope that some reconciliation between The king and his sons may now begin.

"They are a family between mourning and moving forward, but there is always time to reconnect. Now is the hour."

In a follow-up tweet, Fern shared a picture of Harry and William while they were young boys, penning: "Prince William as little boys. The sons of a King."

Fern's fans quickly took to the post to share their agreement, as many said they hoped the family would be able to build bridges following the Queen's death.

One wrote: "I hope so too, Fern. William and Harry were together at Balmoral when they learned about their mother’s untimely death. I hope they can comfort each other and their father."

Another added: "I think the Queen was the glue that helped to keep the family together as best she could. I’m not sure what will happen now she has gone."

All of the Queen's children, as well as Princes William and Harry, went to Balmoral to be with the Queen following the announcement of her ill health.

Harry joined later after travelling up from London, and was spotted being driven in a convoy of cars without Meghan.

King Charles paid a poignant tribute to his mother, penning in a written statement: "The death of my beloved mother, Her Majesty the Queen, is a moment of the greatest sadness for me and all members of my family.

"We mourn profoundly the passing of a cherished sovereign and a much-loved mother. I know her loss will be deeply felt throughout the country, the realms and the Commonwealth, and by countless people around the world.

"During this period of mourning and change, my family and I will be comforted and sustained by our knowledge of the respect and deep affection in which the Queen was so widely held."