Fleetwood Mac’s former guitarist Danny Kirwan has died at the age of 68.

His death was announced by Mick Fleetwood and other band members via their official Fleetwood Mac Facebook page on June 8. They described him as a “huge force” in the band’s conception,” while honouring his legacy.

“Today was greeted by the sad news of the passing of Danny Kirwan in London, England,” the band’s post said.

“Danny was a huge force in our early years. His love for the Blues led him to being asked to join Fleetwood Mac in 1968, where he made his musical home for many years.

“Danny’s true legacy, in my mind, will forever live on in the music he wrote and played so beautifully as a part of the foundation of Fleetwood Mac, that has now endured for over fifty years. Thank you, Danny Kirwan. You will forever be missed!~Mick Fleetwood and Fleetwood Mac.”

Kirwan joined the world famous band in 1968 when he was just 18-years-old. After recording five studio albums with the group, the guitarist left Fleetwood Mac during their Bare Trees tour in 1972, due to his issues with alcoholism.

News of Kirwan’s death comes a few weeks after Fleetwood Mac announced that Lindsey Buckingham had left the band. 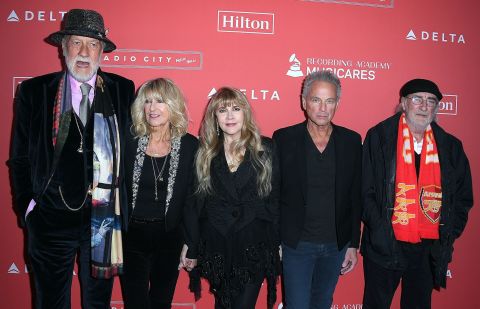 In April this year, the band announced they had parted ways with singer-guitarist Buckingham, following an earlier announcement that the classic line-up of Fleetwood Mac would be touring in 2018.

Buckingham himself has since blamed “factions in the band” for his exit.