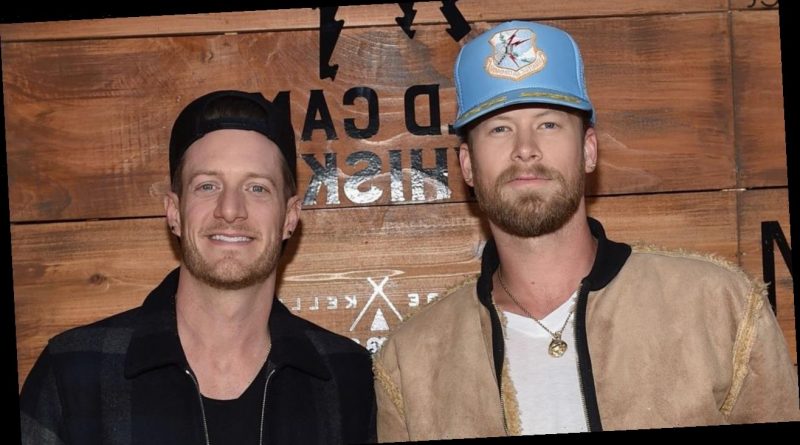 They’re not calling it quits. Florida Georgia Line’s Tyler Hubbard and Brian Kelly are opening up about the future of their band and their upcoming solo projects.

The country music stars shared a recording of a lengthy Zoom call to Twitter on Jan. 1, and the pair tried to be “transparent” regarding their musical endeavors for the benefit of their fans. The artists explained that they’ve been working on solo projects outside of the band, and wanted to address their forthcoming projects before rumors spread claiming that they were planning on splitting up as a duo.

“We want to make sure that our truth is out there for you guys and our genuine excitement and support of each other for the next chapter of our career, of our music, and of our journey,” Hubbard shared, adding that “a lot’s changed” and they are very excited for one another.

Hubbard is set to drop a new collaboration with Tim McGraw, a song called “Undivided,” on Jan. 13, while Kelley is working on a solo album that is set to come out in the summer.

Kelley and Hubbard discussed their past conversations about “creating freedom” for themselves when it came to exploring other musical avenues, but that “the timing wasn’t right.”

“All the dots weren’t really connected, everything wasn’t in line,” Kelley said, adding that 2021 will be the best shot at working on something new and different.

This may be a little long but it’s real and that’s what FGL is all about. We love our fans and want to share with you guys everything we are working on and excited about this year. Here’s to 2021 being the BEST YEAR YET. Let’s gooooo! pic.twitter.com/1tYzVGpLI6

The pair also talked about the upcoming Florida Georgia Line album, Life Rolls On, which is set to drop in February, and Hubbard stressed that just because they are working on their own stuff doesn’t mean FGL is done.

Hubbard and Kelley first raised eyebrows and sparked rumors that they were breaking up the band when Hubbard briefly unfollowed his bandmate on social media last fall.

Speaking with Sirius XM’s podcast Exit 209 with Storme Warren in November, Hubbard explained that the unfollow came amid the recent election.

“I unfollowed BK for a few days while we were through this political, you know, in the middle of this election and everything going on,” Hubbard explained. “And, and I even called him and told him, I said, ‘Hey buddy, I love you. And I love you a lot more in real life than on your stories right now… So that’s why I’m unfollowing you. Nothing personal. I still love you. You’re still my brother.'”

“I just didn’t want to see it every time I opened Instagram,” he continued. “And so it wasn’t a big deal.”

Hubbard noted that he and Kelley “complement each other well,” and said that while they can be “a lot different,” they also “fundamentally do think a lot alike.”

Hubbard shot down split rumors in no uncertain terms, explaining, “Somebody sent me an article two days ago that me and BK were breaking up and I thought, ‘Well, that’s that’s news to me.'”

“We’re on great terms. We’re feeling stronger than ever. We’re loving and supporting each other through even all the chapters that we’re in now and [are] excited for the future,” he added. “We can’t wait to go on tour next year together.”