Home » Music » Florida's Mile 0 Fest: On the Ground at One of the First Music Festivals Back 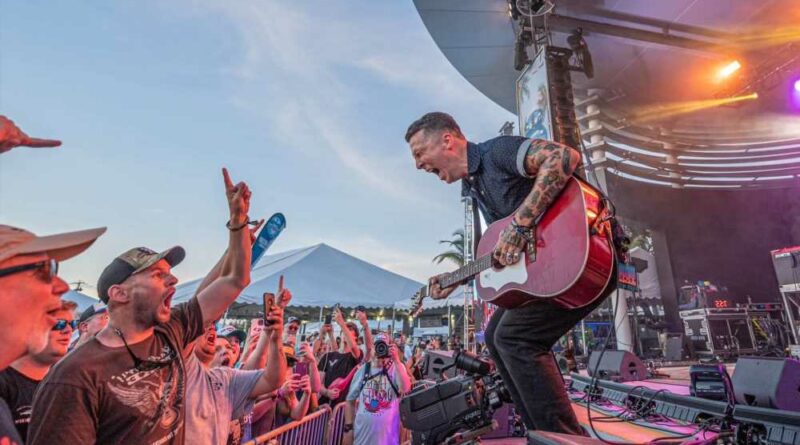 Hayes Carll was in the middle of a performance last week when he managed to sum up what many musicians and fans have been feeling for months.

“I tell people for the first four years of my career and for the last 16 months of my career, I’d finish a song and nobody clapped,” the Texas songwriter said, as midnight neared and cool winds blew into the open-air Truman Waterfront Park Amphitheater in Key West, Florida. “In between, I had a pretty nice run where people clapped. So, it’s nice to hear that applause again.”

Carll was performing the final set of the evening at Mile 0 Fest in Key West, one of the two first music festivals to return to the United States since the Covid-19 pandemic effectively shut things down more than a year ago. (The other festival, the socially distanced Moon Crush, was happening simultaneously in another part of Florida.) For its fourth year, Mile 0 Fest inevitably looked and felt slightly different. It had been one of the last significant festivals of 2020 when it concluded on February 1st, and its 2021 edition remained in limbo until organizers felt comfortable enough to move forward after a three-month delay.

Among the changes this year were attendance limited to 75 percent of capacity, or approximately 3,000 fans, whom festival staff encouraged to wear masks and social distance. After-hours sets, typically a staple of the festival, were also omitted from the schedule because the town’s small clubs, like the Smokin’ Tuna, would be unable to observe social-distancing guidelines.

“We were taking chances on what we knew, but there were a lot of unknowns,” Mile 0 Fest founder Kyle Carter says of their planning efforts. “We trusted our team, we trusted our fans, we trusted our sources. But even through the new year, there was very much a great deal of doubt in our minds. One thing that Covid taught us is that maybe we don’t know a lot.”

Mile 0 is firmly rooted in Red Dirt music and this year’s lineup followed that tradition. Randy Rogers Band, Cody Canada and the Departed, Pat Green, Shane Smith and the Saints, and Jason Boland and the Stragglers all performed. But the festival was not without its booking hiccups, as several artists announced cancellations.

Reckless Kelly, Old 97’s, John Moreland, and Parker Millsap were among the first to cancel, while Lucinda Williams, a top headliner, dropped out a week in advance for “health issues unrelated to Covid-19” that turned out to be effects of a 2020 stroke. Shovels & Rope, meanwhile, had to scrap their appearance before the festival began because of a positive Covid diagnosis among their crew. Jack Ingram, currently promoting The Marfa Tapes with Miranda Lambert and Jon Randall, dropped out on Friday, a day before his scheduled Saturday performance.

“Anyone who has ever done a live show, and especially when you have 50 to 70 acts, it’s going to happen,” Carter says of the withdrawals. “And obviously during Covid times, it’s a bigger challenge. But I believe that our attendees trust the brand and not just the bands. If a band backs out, that’s a bummer. But, man, there’s 50 other great acts.” 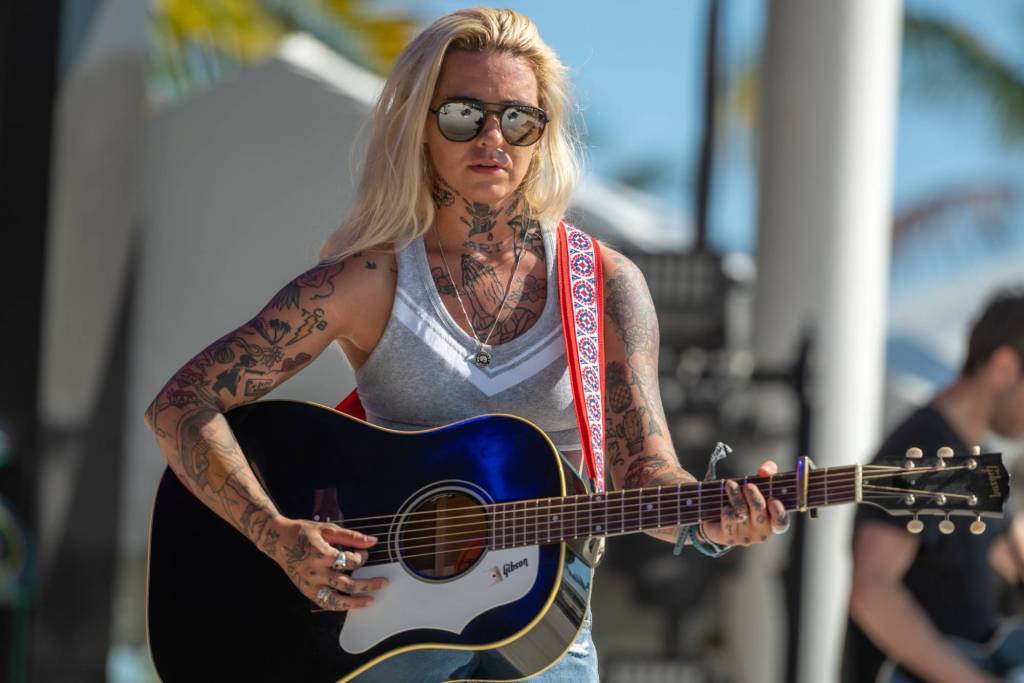 The festival kicked off on April 27th, the same day the CDC issued new Covid-19 guidelines for vaccinated individuals. Chief among them: Fully vaccinated people no longer need to wear a mask outdoors, “except in certain crowded settings and venues.” But as recent declining vaccine numbers have shown, it’s essentially impossible to police or be certain of who has received their vaccine, and, at Mile 0, fans didn’t always adhere to social distancing and mask usage. Still, the majority of attendees were respectful of their neighbors, with groups maintaining reasonable distance between one another.

Jeremy and Karen Wesley traveled to Florida’s southernmost point from Yukon, Oklahoma, hometown of Garth Brooks and Red Dirt godfather Cody Canada. The Wesleys have grown to love the Mile 0 community so much that they were married at the 2020 festival. “I got the vaccine,” Jeremy Wesley tells Rolling Stone. “And everyone has had the opportunity to have it now if they want it. If they don’t, they don’t. But it’s time to start living our lives again. Everyone here has been respectful of everyone’s space. There’s not much more anyone can ask.”

Risks notwithstanding, other artists on the bill were grateful to be performing at last with real live people in the audience.

“After a year of playing songs into a camera on the computer screen, it felt really good to get back on a stage in front of other human beings,” American Aquarium frontman BJ Barham says. “Nothing can beat the exchange of energy between an audience and a performer. It was overwhelming in the best possible way. Emotional even. We’re not out of the woods yet, but it feels pretty good to see that light at the end of the tunnel finally peeking through.”

Mile 0 was also among the first opportunities for fans to see buzzed-about songwriter Morgan Wade perform music from her 2021 debut Reckless. The Virginia native proved to be one of the hottest artists of the week, with her first performance in the Sunshine State drawing a hundred or so fans who hugged the rail beneath the stage where she stood. Wade said after the set that she felt comfortable with event protocols and fan behavior.

“The great thing about Mile 0 is that everything is outdoors,” she tells Rolling Stone. “But also this festival was very considerate of the artists and fans.”

With perfect weather for the duration, Mile 0 managed to be the collaborative space that has always made the festival unique — one that sheds the boundary between artist and fan. Key West will now make way for the Key West Songwriters Festival, which always follows Mile 0 and was also delayed until spring. Both fans and artists say it was worth the wait.

“I just enjoyed playing music in paradise and seeing people that I haven’t seen in a long time,” songwriter Jaime Wyatt says. “It felt so good and so hopeful.”