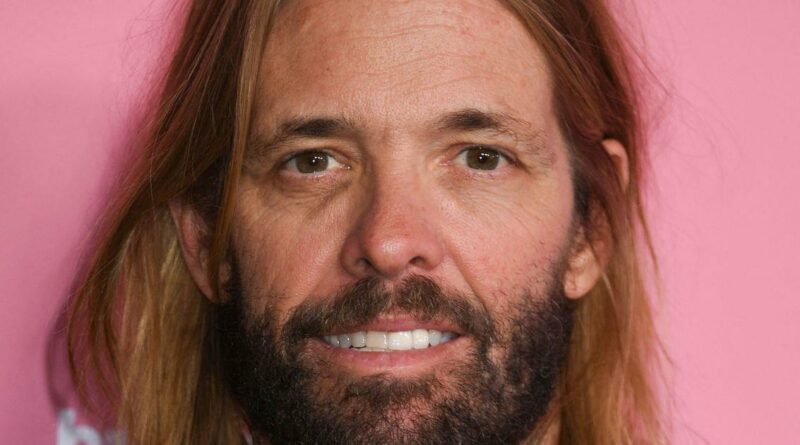 Foo Fighters drummer Taylor Hawkins’ body has been flown home to be reunited with his family after he died of a suspected overdose.

MailOnline captured images of the black casket, which was transported by the band’s tour plane, after it flew from Los Angeles to Botoga, Columbia.

Hawkins sadly leaves behind his wife Alison and their three children, Oliver, Annabelle and Everleigh.

The National Institute of Legal Medicine and Forensic Science released the drummer’s body after an autopsy and it is suspected that the influence of drugs made the musician’s heart fail, after initial results reported ten types of drug in his urine.

The report stated that opioids, marijuana and benzodiazepines were all found in his body.

The rest of his bandmates flew home a day after the 50-year-old was found in his hotel room at the Four Seasons Casa Medina.

Taylor reportedly began to complain of chest pains before their scheduled concert in Bogota and was found unresponsive soon after.

They continued: “The National Institute of Forensic Medicine is continuing its medical studies to be able to completely clarify the facts that led to Taylor Hawkins death.

Colombia’s Attorney General’s Office will continue with the investigation and reveal the results obtained as part of this investigation as appropriate.”

In wake of his tragic passing, the band have cancelled any further scheduled shows and released a statement for their fans.

They said: “We’re sorry for and share in the disappointment that we won’t be seeing one another as planned. Instead, let’s take the time to give, to heal, to pull our loved ones close and to appreciate all the music and memories we’ve made together.”