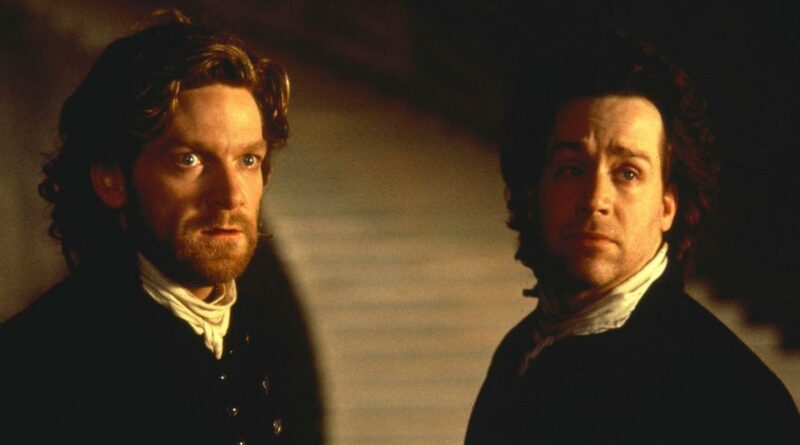 "It's alive! It's alive!" – and the box office certainly did come alive in 1994 when Mary Shelley's Frankenstein electrified the silver screen.

It brought cinema goers to life, raking in a huge $112 million (£82 million) at the Hollywood box office in Kenneth Branagh's take on the classic Mary Shelley novel.

The star also played the lead character alongside a cast of A-listers including Robert De Niro and Helena Bonham Carter.

27 years since its release, we look at where the cast of the film are now – from co-star romances, to tragic deaths and starring alongside each other in huge film franchises.

Award-winning actor and director Kenneth Brannagh has appeared in box office hit films including Hamlet, The Boat that Rocked and TV series Wallander, in addition to directing the first film in the Marvel Thor series in 2011.

Not only did he play titular character, Victor in Mary Shelley's Frankenstein, he also directed the film.

Kenneth was married to fellow Hollywood A-lister Emma Thompson from 1989, who he also directed in Henry V, but they divorced in 1995, citing their work schedules as a reason for their split.

He also dated Helena Bonham Carter for five years until 1999, having met while working together on Mary Shelley's Frankenstein.

Although rumours circulated that their meeting on set contributed to Kenneth and Emma's divorce, Emma Thompson addressed this in an interview with The Sunday Times, saying that it was "all water under the bridge".

"You can’t hold on to anything like that. It’s pointless.

"I haven’t got the energy for it. Helena and I made our peace years and years ago," adding "She's a wonderful woman, Helena."

All three actors have since appeared in the Harry Potter series in different films, with Branagh playing Gilderoy Lockheart in second film The Chamber of Secrets, and Emma Thompson and Helena Bonham Carter playing Professor Trawleney and Bellatrix Lestrange respectively in subsequent films.

Kenneth has been married to Lindsay Brunnock since 2003.

He is also the Chair of the Royal Academy of Dramatic Arts in London, as well as running his own theatre company and starring in blockbuster hits including Murder on the Orient Express and Dunkirk.

He's due to appear in 2022 film Death on the Nile, which he has also directed.

Helena Bonham Carter is as known for her incredible and stylish fashion sense, as much as she is known for the eccentric characters that she has played including Mrs Lovitt in Sweeney Todd and Bellatrix Lestrange in the Harry Potter series.

After roles in films including 1985's A room with a view and Ophelia in 1990's Hamlet, she starred as Elizabeth in Frankenstein, the adopted sister of Kenneth Branagh's Victor.

After dating Kenneth Branagh for five years, she met her now ex-husband, the director Tim Burton, on the set of 2001 film The Planet of the Apes.

Talking to the Guardian about meeting Tim Burton on set, Helena explained that he showed her a sketch he made of her 10 years previously, saying: "That was very touching. I thought, ‘Oh, so I figured in your imagination."

They were married from 2001-2014, and had two children together, Billy and Nell, with Helena explaining that she and Tim Burton are still very close.

Actor Johnny Depp, who starred alongside her in many of Burton's films, is also their children's godfather.

After appearing as Princess Margaret in The Crown from 2019-2020, Helena is set to appear in the upcoming UK series of Call my Agent and is listed as filming Enola Holmes 2.

Hollywood actor Robert De Niro was already a huge Hollywood star by the time he appeared as the creature in Mary Shelley's Frankenstein.

Considered one of the greatest actors of all time, he made his name in films including The Godfather Part II, for which he received an academy award, and 1976's Taxi Driver.

Since then he has appeared in huge films comedies Meet the Parents and Last Vegas, 1995's Heat and 2019's The Irishman alongside Al Pacino and Joe Pesci.

He's due to star in a number of films due for release next year, including Killers of the Flower Moon.

Recently, the four bedroom townhouse in New York where he had lived for over 37 years from 1975-2012, sold for a huge $11.98 million, boasting 12-foot high ceilings, a terrace overlooking Manhattan and a chef's eat in kitchen.

Actor Aidan Quinn played Captain Walton, who is trapped in the Arctic when he first meets and listens to the tale of Dr Victor Frankenstein in the 1994 film.

The actor has many musical film links, firstly to Madonna, who he starred alongside in 1985's Desperately Seeking Susan, one of his first roles.

It is also reported that after he played Paul McCartney in 2000 TV film The Two of Us, he later met and became friends with the music icon.

Along with his musical connections, Aidan has starred in Hollywood films including 1987's Stakeout opposite Richard Dreyfuss, 1993's Benny and Joon with Johnny Depp and 1994's Legends of the Fall, opposite Anthony Hopkins and Brad Pitt.

He most recently starred in TV series Elementary from 2012-2019 and is listed as appearing in 2022's Blacklight as Gabriel Robinson.

Though quiet about his private life, the actor has been married to Elizabeth Bracco since 1987 and they have two children together.

Both he and Kenneth already had a link however, as Kenneth had been considered for the lead role in 1984's Amadeus.

However, the role eventually went to Tom, who was nominated for an Academy Award for his energetic portrayal of Wolfgang Amadeus Mozart with his iconic high -itched laugh, in the epic historical masterpiece that gained nine Academy Awards in total.

Since then he has also voiced Quasimodo in the 1996 Disney film The Hunchback of Notre Dame, and appeared in films including 2008's Jumper.

However, he now spends time off screen directing and producing productions including The Temptations musical Ain't too Proud, saying to the LA Times: "Living a fiction became less compelling, I guess.

"I definitely became more intrigued with all the parts of storytelling and not just playing a part inside the story. I thought maybe directing might be the next thing."

She starred in television series Upstairs Downstairs in 1974, as well as playing Marianne in 1983's Bergerac and as Kate in 1986 film Highlander.

Most recently, Celia has starred in 2018's Mamma Mia: Here We Go Again and TV series Keeping Faith – and is due to start filming The Inn at the Edge of the World.

Celia also had a close friendship with the late writer and comedian Victoria Wood, with who she starred in programmes such as Victoria Wood: As Seen on TV and hit comedy Dinner ladies from 1998-2000.

She told The Guardian that she was in America when she found out that Victoria had died, saying: "I think about her every day. Always will.

"I wish I was still working with her. She was my dear pal."

Sir Ian Holm was one a renowned actor of stage and screen, having a long career in Hollywood films including Alien and The Borrowers, before starring as Victor Frankenstein's father.

He also received an Academy Award nomination for his performance in 1981's Chariots of Fire, before being given a CBE in 1989 and knighted in 1998 for his services to drama.

However, one of his most famous roles he actually played twice – Bilbo Baggins.

Ian starred as Bilbo in the 1981 BBC Radio Series, before playing the role again in Peter Jackson's award winning film trilogy in the noughties.

Ian died on June 19 2020, with his agent confirming that he died of a Parkinsons-related illness.