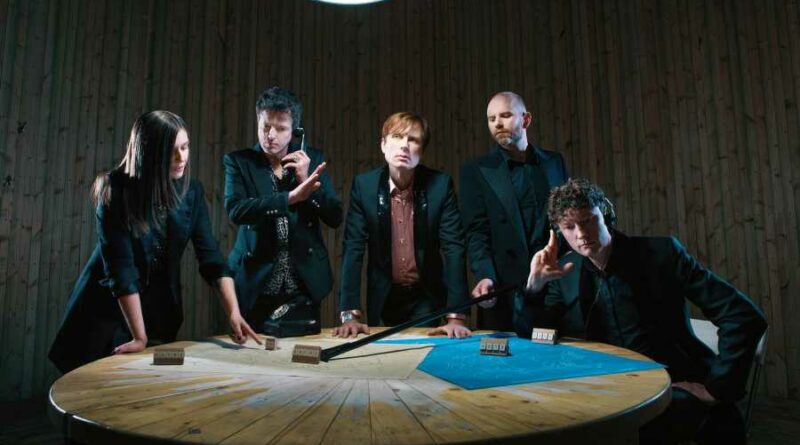 Franz Ferdinand are back with a new track, “Billy Goodbye,” which will appear on the Scottish outfit’s upcoming compilation, Hits to the Head, out Mar. 11, 2022 via Domino.

“Billy Goodbye” finds Franz Ferdinand firmly in their wheelhouse, blending grin-inducing power-pop with some clever art-rock flourishes. The track arrives with a black-and-white video — directed by Diane Martel, Franz Ferdinand frontman Alex Kapranos, and Ben Cole — that captures Franz Ferdinand delivering a lively performance of the song as they and their friends joyously bounce around a studio space.

“Billy Goodbye” is one of two new songs that will appear on Hits to the Head, along with “Curious.” Kapranos and keyboardist/guitarist Julian Corrie produced the tracks with artist/producer Stuart Price (Dua Lipa, Madonna, the Killers, and many more).

Hits to the Head, which will otherwise feature Franz Ferdinand’s biggest tracks, will be released in several editions, including CD, cassette, and limited-edition fateful vinyl. The CD and LP formats will come with liner notes by French rock journalist JD Beauvallet, as well as unseen photographs.

In a statement, Kapranos spoke about selecting the tracklist for Hits to the Head, as well as the underrated beauty of greatest hits collections. “It’s the same as writing a set-list for a festival: you want to play the songs you know people want to hear. The hits. Bring the hits to the head. The heart. The feet. That means obvious singles, but also songs you know have a special meaning for both band and audience like ‘Outsiders.’ We also added two new songs, recorded last year: ‘Billy Goodbye’ and ‘Curious,’ both co-produced at the last stage with Stuart Price. I have friends who believe you’re somehow not a ‘real’ fan if you own a best of rather than a discography. I disagree. I think of my parents’ record collection as a kid. I loved their compilation LPs. I am so grateful that they had Changes or Rolled Gold. Those LPs were my entrance point. My introduction.”

Hits to the Head Tracklist