Freddie Mercury may have left us three decades ago, but his spirit lives on through his music. Right now Queen and Adam Lambert are on their Rhapsody tour and hit the UK with 14 dates this summer. But before then, Queen Machine Symphonic feat Kerry Ellis are performing around the UK. The new show sees the top European Queen tribute band team up with the We Will Rock You star and Brian May collaborator, alongside the 15-piece London Symphonic Rock Orchestra.

Now in an exclusive interview with Express.co.uk, the original Meat star from the Queen musical, has spoken out on what Freddie Mercury fans can expect from the April tour.

Ellis said: “Queen Machine have been touring Europe for over 10 years now and they wanted to come to the UK but knew they had to bring something special because it’s the home of Queen.

By the sounds of it, the tour will be a mixture of much-loved tunes and something a little different. 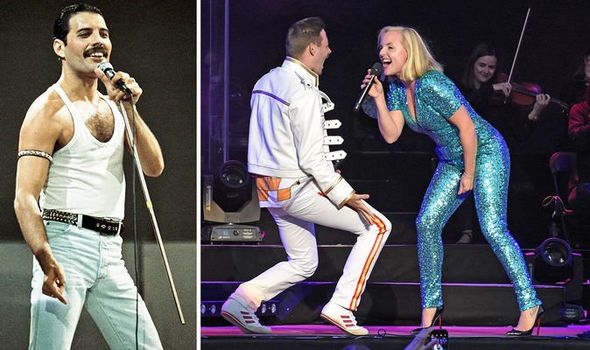 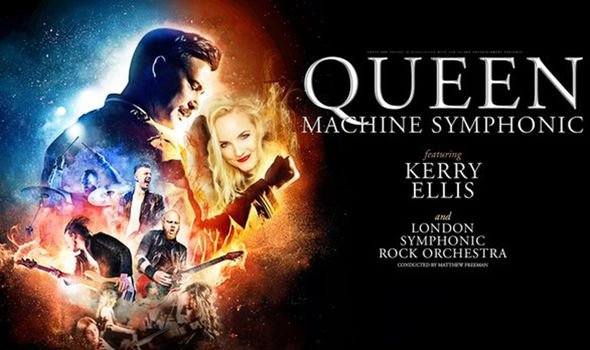 The 40-year-old continued: “Fans get all the hits, they get everything they want to sing along to.

“There’s also something slightly different with it because the songs that I’m kind of synonymous with like No-One But You, Love Of My Life and Somebody to Love, that have been part of my history [feature too].

“And it’s quite unusual to have an orchestra and a band on stage together.

“There’s a bit of everything, the lighting is incredible!” 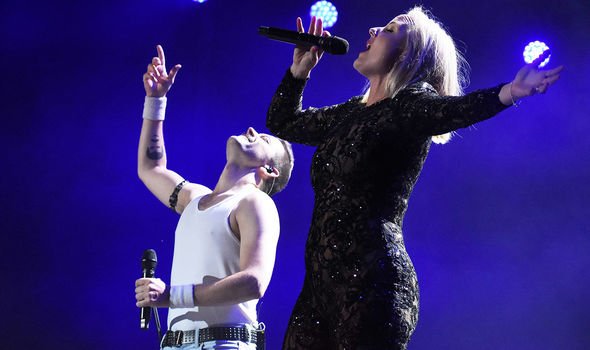 As for the big finale, Ellis teased: “And we always have a big party at the end with We Will Rock You, We Are The Champions and Bohemian Rhapsody, so it’s a real good fun night.

“The singer of the band is amazing. He has lots of energy, runs around, gets the crowd to sing.”

Asked what Freddie would make of the tour, she said: “I didn’t know him.

“I know Brian and we talk about him a lot. I think he would be super proud.”

DON’T MISS…
Brian May reveals Freddie Mercury would be ‘VERY happy’ with this [INSTAGRAM]
Brian May on Queen’s influences: The Beatles ‘built our bible’ [INTERVIEW]
Queen and Adam Lambert ALBUM? ’We’ve had time in the studio’ Brian May [ALBUM]

Ellis added: “Really proud that Queen are still being celebrated all over the world and loved like they were 50 years ago.”

The singer has been working with Brian May since 2002 across concerts and albums.

When asked if he ever gave advice on vocals based on his time working with Freddie, she said: “All the time. We talk all the time about Freddie and singers.

“Brian actually sings quite a lot when he’s out touring, but he doesn’t class himself as a singer – He’s a brilliant singer!”

Ellis added: “He talks to me a lot about singing in a studio and how that it’s not always about the tuning and how perfect it is.

“It’s about the emotion and the roughness and the character you have in your voice.

“That’s what grabs people and that’s the important part.”

Kerry Ellis tours with Queen Machine Symphonic across the UK from April 15 and tickets are available here.