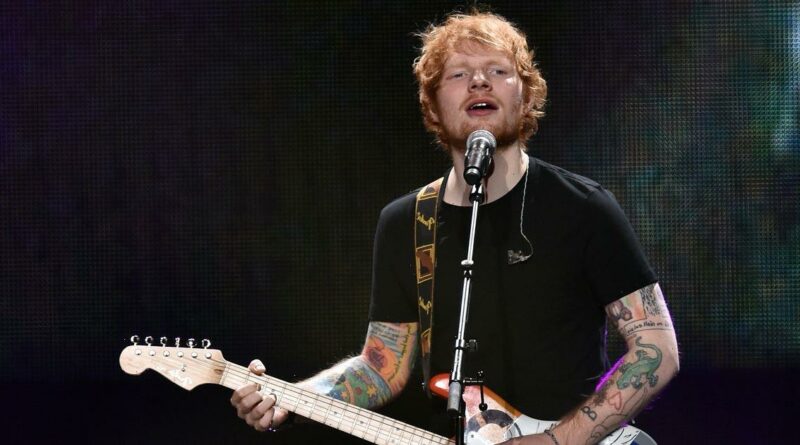 MC Neat has admitted an unlikely partnership with Ed Sheeran may be in the pipeline for future projects.

In an exclusive interview with Daily Star, MC Neat opened up about upcoming music and urged fans to “keep their ears peeled” and “stay tuned”.

Along with his longtime collaborator DJ Luck, MC Neat is well known for their smash hit garage bop A Little Bit Of Luck.

READ MORE: Madonna is unrecognisable after purple hair makeover as she wows in plunging top

The tune, released back in 1999, is a garage anthem that is regularly played on the radio and on the festival and nightlife scenes.

When asked who their dream collaboration would be with, MC Neat revealed: “I would probably go for the great Bob Marley. We could make a proper tune, still! I reckon I could [also] smash out a tune with Ed Sheeran, 100%!”

MC Neat has teamed up with Virgin Media's Stream 'hyped' campaign and recently spent the day outside King’s Cross station, providing the public with an “immersive 4D experience” in celebration.

Lucky passersby were treated to a mini gig by the garage icons and both were overwhelmed by the reception.

MC Neat said: “It’s been surreal, it’s been a mad one, outside King’s Cross station on a stage-thing, doing a set to passersby. I wouldn’t have written it on the bucket list but it turned out!”

He described the experience as “something to tell the grandkids” before he went on to discuss the campaign, saying that writing the theme was “tedious” with “a lot of back and forth, last minute changes and a lot of coffee”.

The musician later admitted that he hasn’t had much time to bask in his hard work as he has only seen the campaign’s advert a handful of times.

The MC admitted: “We’ve done this whole advert, I don’t even see the advert. I don’t watch TV! I watch Sky Sports, when I listen to the radio I listen to TalkSport all day. They play our advert on Kiss, Capital, all those, so I’ve heard it about four times!”