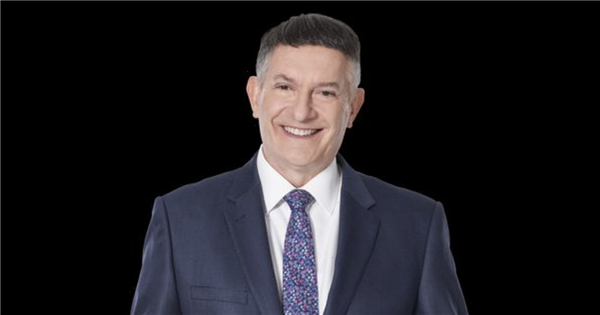 Simon McCoy has quit his role on GB News just hours after Eamonn Holmes announced he's joining the channel as a new presenter.

The 60-year-old journalist left BBC News about almost 18 years to join the news channel in March this year.

However, his time at GB News has come to an end.

"We remain open to ways we can work with him in future."

Simon has yet to comment publicly on his departure but it has bene reported that he has left due to "personal reasons".

Before working for the BBC, Simon worked at Thames News, before joining Sky in 1989.

Simon confirmed he was leaving BBC on Twitter earlier this year after a co-star wished him luck on his final week on the show.

Floor manager Niall Jackson tweeted: "If you think he’s a handful on-screen, imagine what he’s like off it? Only got to floor manage 4 years of his 17+ at @BBCNews so was nice to do his final week.

"Made the dreariest of heavy news days instantly more manageable. May the road rise up to meet you @BBCSimonMcCoy Sláinte."

He replied: "Thank you Niall, I shall miss you".

After a follower asked whether he was leaving, the newsreader explained: After 18 years… last day today."

This Morning favourite Eamonn, 61, announced on Friday morning that he's joining GB News after 15 years on the ITV daytime show.

In a statement, he said: "I’ve spent my career on broadcasting firsts and start-ups, and GB News is one of the most exciting yet. It’s just the kind of shake-up the industry needs."

Eamonn celebrated his new role in a statement shared on Twitter, writing: "Here is The News ….. I’m joining @GBNEWS from The New Year. Hope you are coming with me and wish me well.

"In the meantime Compliments of The Season to you and thanks for your support folks."

Eamonn will reportedly be co-hosting a new breakfast programme alongside Isabel Webster in the new year.