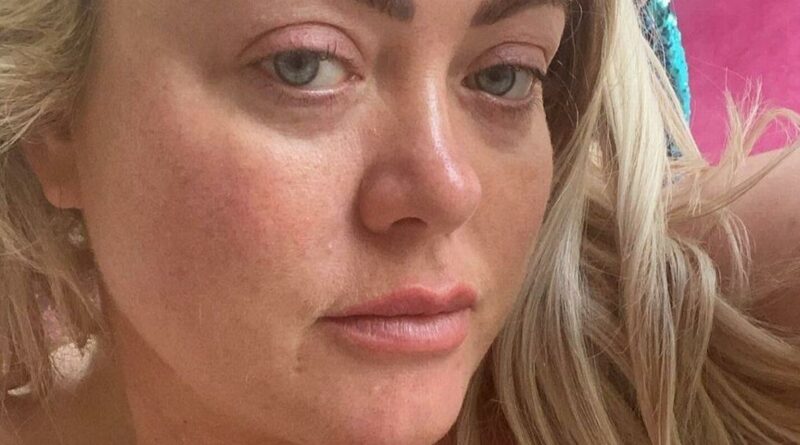 Gemma Collins has revealed she's been "very poorly" after sharing a snap of a tube attached to her arm and a plaster.

The blonde TOWIE star, 40, announced she was battling a mystery illness last week.

The self-confessed diva has said she felt like she has got "some sort of virus" which had "knocked her for six" – and so she decided to treat her ill health by trying to sweat out the toxins using her home sauna.

It comes after the Celebs Go Dating alum has been quiet on social media lately whilst she's been feeling unwell.

However, the television panellist took to Instagram to update her fans about how she's been feeling, sharing a snap of a tube fitted in her arm with the caption: "Sorry been quiet guys, I have been very poorly but I am feeling like I am back on the mend."

In the posts to her 2.2million followers, she proceeded to thank her nurse who has been looking after her, writing "Thank you to my lovely nurse nena for helping me and my lovely @sportiedoc."

In the thank-you photo, her practitioner can be seen smiling widely for the camera with her surgical gloves on.

The GC then showed fans a cute photo of her dad Alan who came to look after her by making dinner for her, writing the caption: "Dad come to look after me and make me tea," attaching a love-heart emoji to the snap.

She then wanted to thank everyone who has supported her during her health bout.

Gemma penned: "Slowly slowly getting there.

"Thank you to everyone who has bared with me."

In the last few months, Gemma has been undergoing a new healthy lifestyle regime that includes good food and plenty of exercise.

However, her new health kick was interrupted when she began to feel unwell, but was quick to state she didn't have coronavirus.

"Been so unwell last few days, I can't tell you it's not Covid, but deffo some sort of virus.

"Literally knocked me for six and I feel so stressed as I got so much to do but I just have to allow it.

"The most important person is me and my health so I've just got to allow it."

Gemma then took to her sauna to sweat out the toxins in her £4,000 home sauna, telling fans: "Literally sweating it out as I need to be back on my feet.

"He he I'm so impatient the best thing in my house is my sauna."

The star, who has lost almost four stone in the last few months, has now released an app for her fans to follow her progress.

She has also hired a personal trainer and taken up running during her impressive health drive.