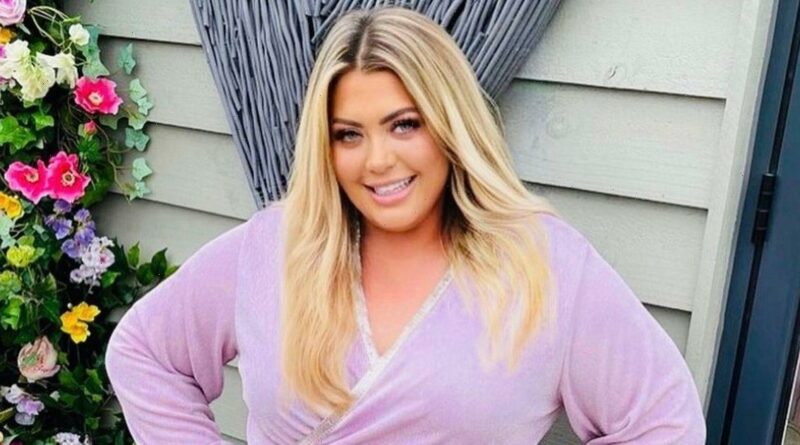 Gemma Collins took a dramatic tumble on-stage at her own Platinum Jubilee bash over the Bank Holiday weekend.

The former TOWIE star, 41, has a long-history with public falls.

In 2017, Gemma went viral after falling down a stage platform at the Radio 1 Teen Awards and in 2019, she memorably face-planted the rink during her short-lived Dancing on Ice stint.

True to form, the Diva Forever star took yet another tumble at a party thrown at her lavish Essex mansion on Thursday in celebration of the Queen's Platinum Jubilee.

Posting to Instagram on Friday (June 3), Gemma shared a short video of the hilariously awkward moment.

The six-second clip begins with Gemma sauntering across her garden towards an erected stage platform.

She can be seen wearing a fringed green dress at the party, with her long blonde hair worn in a wavy half-down style.

While stepping onto the stage, Gemma appears to slip on something and falls to the ground as her legs give way beneath her.

Quick to comment on the funny clip were Gemma's celebrity pals.

Gemma's fans were also quick to share their amusement.

The entrepreneur is followed by 2.2 million fans on the social media site, with many praising the "amazing" and "brilliant" clip.

One fan wrote: "Love it only could happen to you," while another said: "OMG Gemma you kill me!"

Another quipped: "Haha this was brilliant."

Last month, Gemma was forced to pull out of a planned role as Mama Morton in a touring UK run of Chicago due to a flare-up of a knee injury she sustained during Dancing on Ice.

The cheeky star also caused a stir earlier this year by releasing her own range of sex toys.