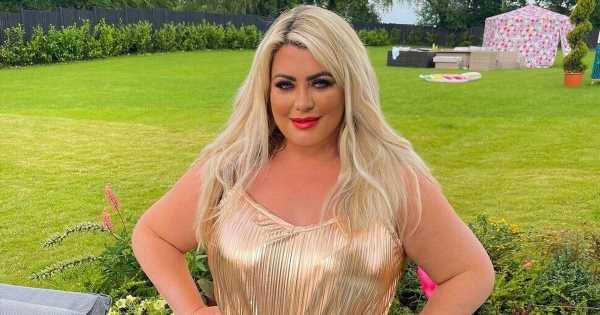 Gemma Collins has splashed out on an "incredibly rare" Land Rover Defender with prices starting from a whopping £42k and only going up.

The 40-year-old boasted about her new ride on her social media channels, claiming that the car was like "gold dust" to get hold of.

Sharing a video of herself standing beside her new luxury motor, Gemma told fans: "This car is gold dust… but so am I! @theessexcargroup thank you so much for sourcing my new car, the service is unbelievable."

"I’ve known Kenny since I was young he was about 4 !!! Fact about Kenny he loves Frosties I’m so proud of him @theessexcargroup.

"Guys if you're looking for a car then this is the place to come."

In a clip on her Instagram, Kenny tells her she deserves the car and she replies: "That is another thing. I have to be honest guys, hard work, but you know what it’s all worth it."

Gemma is one of the wealthiest stars to come out of The Only Way Is Essex.

She has made millions from various TV shows, endorsements and her own clothing empire.

From sponsored Instagram posts to a hand sanitizer range, Gemma is has hustled her way to millionaire status with a wide range of entrepreneurial endeavours since finding fame as a reality star.

Her best-selling debut autobiography, Basically: My Real Life As An Essex Girl, came out in 2013, followed by a second book in 2018.

She also landed her own ITVBe reality show Diva Forever as well as a spin-off TV series, Diva On Lockdown.