Home » Music » Gene Simmons: 'I was a jacka– and self-centered guy'

My 92-year-old mother, Flora Klein, is my hero. She was sent to a Nazi concentration camp at the age of 14 and survived, but all the members of her family were wiped out – she saw her mother walk into a gas chamber. Despite the tragedy, she is a positive person who sees the goodness in people's hearts. I wouldn't be that forgiving if I had lived her life.

She raised me as a single mother in Israel – I was an only child. My father [Feri Witz] abandoned us when I was six. Mom had relatives living in America and so we relocated there for a better life when I was eight. 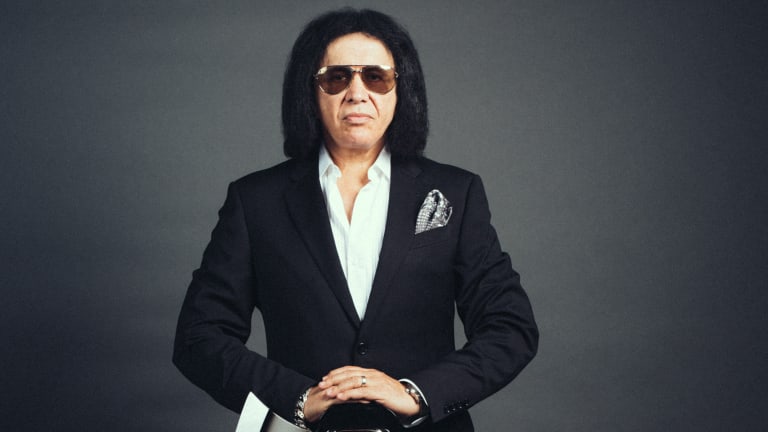 When we arrived in America neither of us could speak a word of English. My mother worked in a factory that was like a sweatshop – six days a week, no lunch breaks and there was no minimum wage. She was a button and buttonhole worker, handling 1000 coats a day. She made half a penny for every button sewed.

My father was her one true love. She went to Israel 25 times to visit him, even though he was a scoundrel who had remarried. I later found out that I had five half-brothers from my father's five other marriages. He died in his early 80s and at that time he was living with a 35-year-old woman. He was who he was to the end.

I lost my virginity at 14 while delivering newspapers on a cold winter's day in New York. I had to knock on doors and fight snow to get my three dollars for each delivery. An attractive and drunk housewife in her 20s asked me in. She went to get changed and came out in a negligée. You can imagine what happened next.

My celebrity crush has always been Sophia Loren. She is the epitome of glamour. Many years ago, Kiss were guests on a TV show in Germany. I was wearing my band gear and, in my dragon boots, I was nearly seven feet tall. She was very attractive – and petite – and I was tongue-tied. I grabbed her by the shoulders and must have squeezed too hard when I told her she was the love of my life. She looked scared to death, like I was going to eat her.

My mother told me never to fear failure so I was fearless … and delusional about myself. She would say, "What is the worst thing that can happen?" She encouraged me to pick myself up, dust myself off and try again. I don't let emotions get in the way – that stuff will cripple you.

It was only when I met my wife, Shannon Tweed, in 1983 that I started to rethink who I am and why I do what I do with women … like hurt their feelings. I guess being an only child and seeing my father run out on us, I thought, "Okay, the world is mine, I answer to no one."

I have the utmost respect for both Diana Ross and Cher. They shared my outlook on life, which is why we got along so well. They also share my values of taking care of your mom, no matter what.

I didn't marry until I was 62. I was a jackass and a self-centred guy until my saviour Shannon set me straight. She gave us our two children [Nick, 29, and Sophie, 25]. I was arrogant but she stuck by me. I finally decided to grow up and marry her in 2011. We will renew our vows this summer and I will continue to marry her until I drop dead!

Guys are fearless when they're young, but now that I am older I have started to feel a sense of my own mortality and it got me thinking: I don't want to die alone. That's one of the reasons I got married.

Women are the superior beings while men are stupid and ruled by something other than their heads and hearts. Shannon is sexy and hot, but what she has that keeps me in good stead is her ethical and moral centre. She constantly lectures me about things and reminds me that I'm better than that. She teaches me to be extraordinary, not ordinary.

Nothing grounds a man more than when he has a daughter. Sophie is responsible, charming and bright. She doesn't take drugs, smoke cigarettes or drink booze. She did more than 165 episodes of [reality TV show] Gene Simmons Family Jewels with me and then did a show with Shannon. She is a go-getter in her own right.

Gene Simmons performs with Ace Frehley at the Margaret Court Arena, Melbourne, on August 30 and at the Enmore Theatre, Sydney, on August 31.