Geordie Shore‘s Marnie Simpson has claimed that herself and fellow Ex on the Beach star Helen Briggs were “disrespected” on a flight by staff.

Marnie took to Twitter on Thursday (June 28) to speak about her experience on a TUI flight – reportedly from New York – claiming she experienced “disgusting” behaviour by the staff on board.

“Absolutely disgusting behaviour from @TUIUK on my flight today,” she tweeted. “I have never EVER been treated and disrespected by a “professional ” memeber [sic] of staff in my life who stuck her fingers up and belittled me with no valid explanation for their behaviour.”

TUI have since responded, saying in a statement (via The Mirror): “While we wouldn’t usually comment on individual customers, what we can say is that we will be reviewing the reports and the details surrounding this incident and taking any appropriate action with our crew.

“At the same time, we will also be supporting the crew as we take a zero tolerance approach to disruptive behaviour of customers on board for the safety and security of everyone travelling with us.” 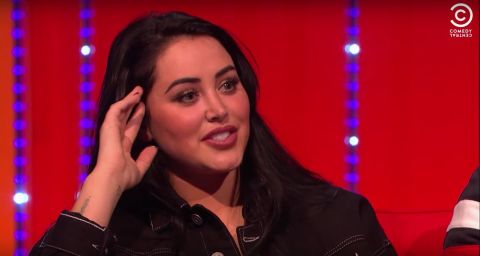 Marnie took part in this year’s series of Ex on the Beach, while Helen appeared in the 2016 version of the MTV show.

Earlier this year, Marnie confirmed that she was “permanently” leaving Geordie Shore after five years on the reality series.