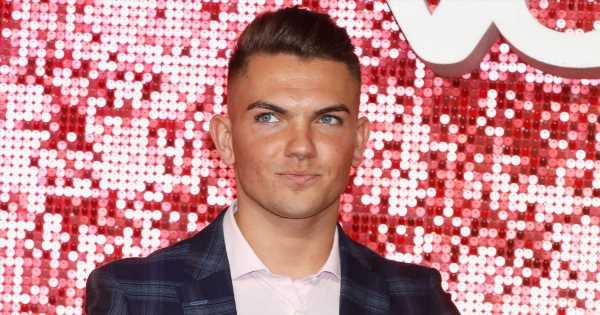 The Geordie Shore star updated fans with his face looking swollen after he opted for a beard transplant.

The reality TV star, 27, told fans how he was feeling insecure about his facial hair so decided to go and do something about it.

Sam starred on the ITV2 dating show in 2017 and ended up heading over to MTV for Geordie Shore shortly after.

He had previously dated his MTV co-star Chloe Ferry but suffered turbulent times together on the show.

Now, he has admitted that he found it almost "impossible" to grow hair on each side of his face.

He pointed out the points on his face where he found it difficult to get any hair to grow.

Sam told his fans: "Off to get my beard transplant.

"So, this is me as of now. Great middle admittedly, but the sides refuse to grow properly."

The TV personality then returned to Instagram stories to show his followers a glimpse of the finished look.

The Geordie lad spoke to the camera with a swollen face and looked almost unrecognisable online.

He opened up about how his beard transplant went as he spoke with his face wrapped in bandages.

"So, I look like The Mummy. I'm halfway through, I shaved the back of my head. I numbed it first, it didn't hurt.

"They put the hair in a tub over there and injected my face, which is very numb."

Sam also told his social media followers how his surgeons placed the hair on his cheek to try and encourage hair to grow to his heart's desire.

"But to be honest with you not too much pain, I thought it would be worse."

The former Islander is yet to reveal the finished and final result of the painful transformation.

Though he has revealed how "relieved" he was to finally be able to show off a "full beard".