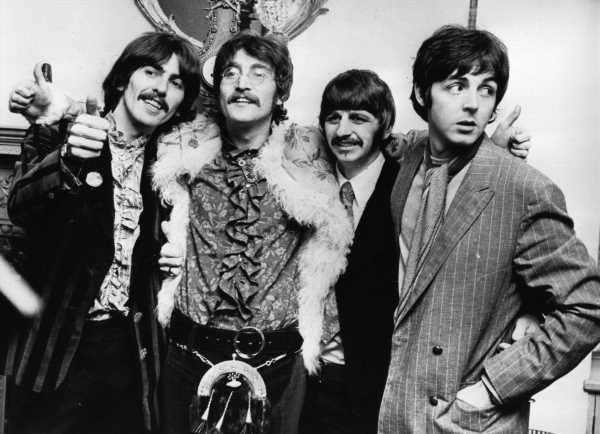 “Weird Al” Yankovic has parodied songs by many famous artists over the decades, including The Beatles. In 1981, Yankovic recorded a parody of one of the most famous songs George Harrison wrote for The Beatles in the 1960s. Subsequently, Yankovic would not officially release the song until 2017 — 36 years after Yankoic wrote the parody. Yankovic revealed how George’s son, Dhani Harrison, reacted to the track.

Usually, when Yankovic releases a parody song, it’s a parody of a recent hit. For example, he released his song “Eat It” only a few months after Michael Jackson released “Beat It.” Despite this, Yankovic also reached into the past for parody inspirations many times.

Often, when Yankovic parodies an older song, he uses that older song to poke fun at something current. “MacArthur Park” was decades old when Yankovic spoofed it, but he changed the lyrics so they were about the then-new movie Jurassic Park. In the same vein, Yankovic parodied a Beatles song in the 1980s and changed the lyrics so they were about something that was popular at the time.

In 1981, Yankovic recorded a parody of “Taxman,” one of the most famous songs George wrote for The Beatles. The song was called “Pac-Man” and its lyrics were about the video game of the same name, which was very hip when Yankovic wrote the song.

Yankovic never officially released the track until 2017. He opened up about this in a comment he posted on his YouTube channel. “This was recorded in a garage on a 4-track cassette Portastudio way back in 1981, after ‘My Bologna’ and ‘Another One Rides the Bus’ but before I had landed a real record deal,” he said. “Now the song is finally getting a proper release as a track on the rarities disc in my upcoming box set, with the permission and blessing of the George Harrison estate (Thanks, Dhani & Olivia!)”

The public had different responses to “Taxman” and “Pac-Man.” The Beatles never released “Taxman” as a single. It never charted on the Billboard Hot 100 because only singles could reach the chart in the 1960s. On the other hand, the song’s parent album, Revolver, topped the Billboard 200. It stayed on the chart for 85 weeks.

Yankovic never released “Pac-Man” as a single; however, it appeared on his 2017 compilation album Medium Rarities. By 2017, songs didn’t have to be singles to chart on the Billboard Hot 100. Regardless, “Pac-Man” did not impact the chart. While “Pac-Man” is not one of Yankovic’s more well-known parodies, the song created an interesting connection between Yankovic and George’s family.