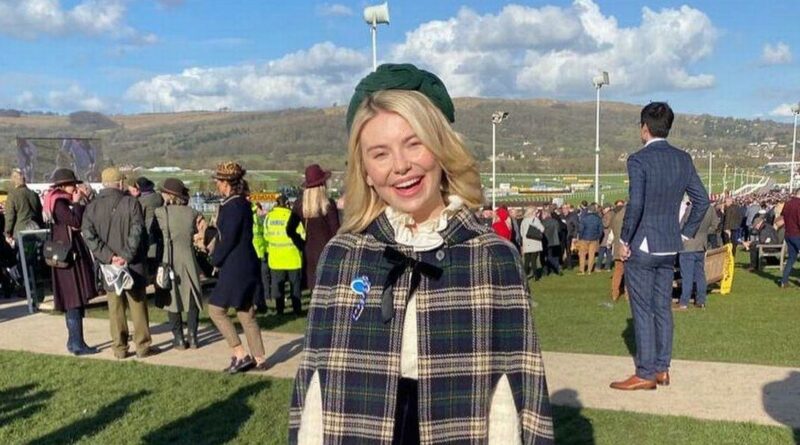 Georgia Toffolo has plenty to celebrate after winning more than £37,000 at the races.

The I'm A Celebrity… Get Me Out Of Here! star pocketed the hefty sum after a day at Cheltenham Festival on Tuesday and told her fans that it was "beginner's luck".

She shared a snap on Twitter of her betting slip, saying she would be donating to charity after her windfall.

"OH MY GOD beginners luck," Georgia wrote, alongside a crying with laughter emoji.

"Generous donation incoming to both the @BritishRedCross and @decappeal."

Plenty of fans were pleased for the star and posted messages on Twitter to congratulate her.

"Well done Toff," one fan wrote, while another admirer chimed in: "Also well done on your choice of charities."

One wrote: "Fair play, great start to the week!!"

Some of Toff's followers admitted to a touch of the green-eyed monster about her huge win.

"No fair," said one person. "I never win but good for you babes xxxxxxx."

"That's a punchy first bet of the week," another wrote. "Wish I was as rich as you."

"I'm jealous!!!" said one tweet, while other people asked for tips on upcoming races.

However, some fans couldn't help pointing out that the 27-year-old had forked out a pretty sizeable bet in the first place.

"Beginners luck at that stake???" asked one fan. Another wrote: "2.5k on a bet… if you have that kinda money then why not. Sadly not here."

"How the other half live eh," tweeted another person, while one insisted: "Money goes to money."

The star found fame on TV series Made In Chelsea, which she joined in 2014.