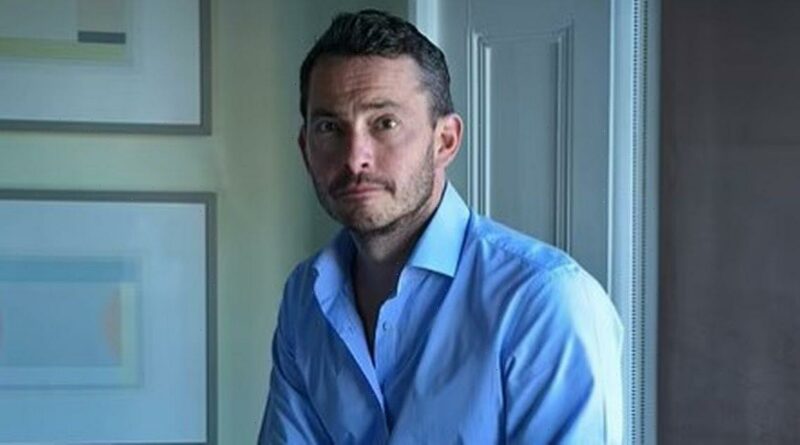 Giles Coren has left his presenter job at the BBC following a Twitter row in connection with the death of a female journalist.

Giles, 53, had co-presented BBC Two's Amazing Hotels: Life Beyond The Lobby with Monica Galetti for four series ahead of his departure.

It was reported that his position had been placed in the spotlight following a Twitter row a year ago after he posted messages relating to the death of Dawn Foster, who had been critical of him.

READ MORE: The Chase's Bradley Walsh threatens to leave set because he 'can't deal' with contestant

It is said to have culminated with complaints to the independent press watchdog.

Ms Foster had accused him of getting a job at The Times – which he has written for since 1993 – as a restaurant critic and columnist because of his father Alan, the journalist, writer and humorist who died in 2007, prompting him to mock her death online allegedly.

The BBC said in a statement: 'We’re sorry to see Giles go and would like to thank him for his contribution over four successful series."

Ms Foster died at the age of 34 in July last year after a long period of ill health.

Coren tweeted in July 2021: "When someone dies who has trolled you on Twitter, saying vile and hurtful things about you and your family, is it okay to be like, 'I'm sorry for the people who loved you, and any human death diminishes me, but can you f*** off on to hell now where you belong?'"

Mr Coren's north London house was reportedly daubed in graffiti after he deleted the tweets relating to the journalist's death.

However, complaints were made to The Times, BBC and the complaints watchdog, which last year insisted the posts did not come within its remit.

In a post on Instagram earlier this month Coren told his 48,000 follower: "I’ve got some good news and some bad news. The good news is that I’ve had a knee-trembling new television series commissioned that has the potential to be by far the best thing I’ve done on telly.

"The bad news is that, in terms of scheduling, I have had to choose between this new baby and another series of Amazing Hotels." He also thanked the BBC for "the beautiful way" it had dealt with 'this changing of the guard'."