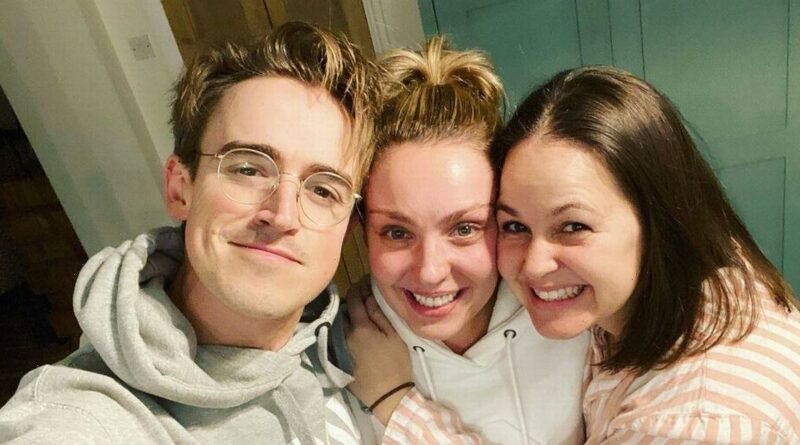 I'm A Celebrity… Get Me Out Of Here! winner Giovanna Fletcher has revealed that her and McFly star husband Tom have "gained a new member" of their family in Strictly Come Dancing professional Amy Dowden.

Amy was Tom's dance partner when he featured on this year's Strictly, with the pair being eliminated from the BBC show last month.

The Fletchers have offered their hospitality to Amy since she recently suffered a major flare-up of her Crohn's disease, reports Birmingham Live.

Crohn's is a lifelong condition where parts of the digestive system become inflamed, causing sufferers such as Amy great discomfort.

Discussing her current home situation in a recent appearance on Good Morning Britain, former Queen of the Castle Giovanna said: "It is more of a hostage situation possibly.

"But I do think that is something that is not focused on – the friendships that can be made through Strictly.

"We absolutely adore her. For us it is not a Strictly curse.

"We have actually gained a new member."

Giovanna also revealed that Amy is now on the mend following her most recent flare-up.

The children's TV presenter continued: "She is good. She was sat on the sofa last night.

"The colour is back in her cheeks.

"She has still got her hot water bottle and every now and then you can see she is in pain.

"People with Crohn's are living with pain. But it is nice to see the pink going back into her cheeks."

Giovanna appeared in the studio and was quizzed by Susanna Reid and Rob Rinder.

"They were dancing and they have kept that up," she added.

"She had a flare up last week when she was at our house and it was so bad she had to get an ambulance.

"She can't travel to the Midlands or Wales, we are keeping her with us."