After taking its traditional fallow year in 2018, this morning (October 7) saw the nation gripped by summer festival excitement as the tickets for Glastonbury 2019 officially went on sale…

… and then promptly sold out just 36 minutes later.

Yes, the competition to shell out upwards of £200 to spend three days getting drunk in a muddy field (and maybe see some big names perform too, we guess) is always fierce, and this morning’s rush for tickets was no exception.

Just 13 minutes after tickets went on sale, the official Glastonbury Twitter account tweeted that they were seeing “incredible demand” for tickets, and by 9.20am, SeeTickets confirmed that half of all tickets had been sold.

So of course it didn’t take too much longer for the tickets to sell out completely, with Glastonbury tweeting out that all the tickets had been sold by just 9.36am.

“Tickets for Glastonbury 2019 have now Sold Out,” they tweeted. “Thank you to everyone who bought one, and sorry to those of you who missed out.”

Fortunately, the account did confirm when the resale would be happening, so if you missed out this time, be sure to mark April 2019 in your diaries to try again next time.

“Tickets have now all sold out!” she wrote. “We are blown away by the huge demand, looks like record numbers tried.

“Thank you for your patience and incredible support and for those of you who missed out, there will be a ticket resale in April.” 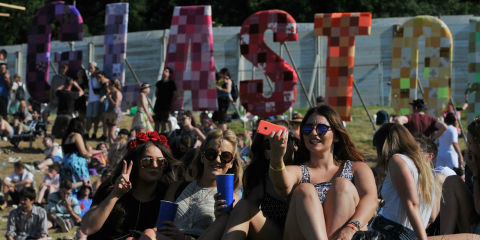 Related ArticleGlastonbury Festival 2019: Everything you need to know

“It’s not the sort of thing you could do in a year off, but two gives us a bit of time.”

Well, the lucky ones who managed to get tickets are ready and waiting to see those changes for themselves when Glastonbury 2019 is held between June 26 and June 30, 2019.