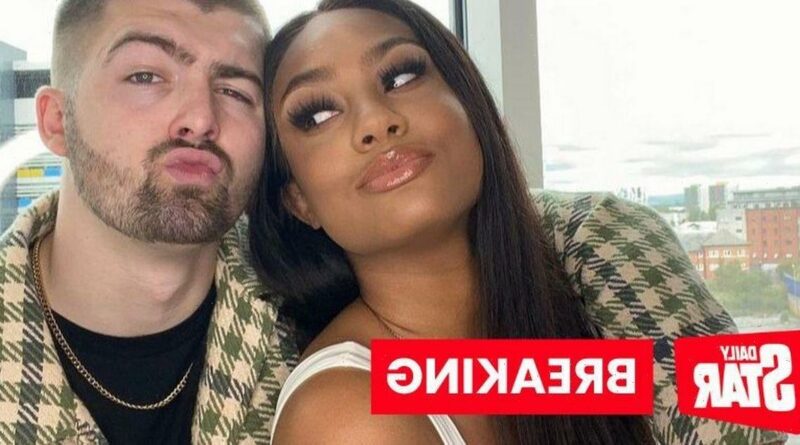 Former Gogglebox star Tom Malone Jr appears to have broken up with his model girlfriend Bryony Briscoe after around two years of dating.

Tom, who quit Gogglebox to move to Leeds with Bryony, started dating the beauty, who has modelled for PrettyLittleThing in 2020.

However it appears that things between the duo have ended as Tom has unfollowed Bryony on Instagram and spoke of leaving "baggage" in 2022.

Neither Tom nor Bryony have publicly spoken of a split, however Tom revealed he has moved to Manchester when he posed in a moving van alongside the caption: "Leaving any baggage in 2022."

Professional dancer Tom has also removed his photos with Bryony from social media, while she has done the same on her own account.

This week, Tom stepped out to an event to launch the new Disney+ series Welcome To Chippendales with YouTuber Saffron.

They recently posed together for photos while dressed as lovers Danny and Sandy from Grease.

The photos got fans' tongues wagging, with one asking: "Is this a relationship hard launch?" while another said: "Love, love this please say you are together."

Speaking of what appears to now be his ex relationship previously, Tom told The Sun: "It feels like we've been together for a lot longer than we have.

"It's actually gone a lot better than I thought it would."

He also hinted to a long-term future together, saying: "I’ve always been like very strict on the fact that I wouldn’t get into a relationship if I didn’t think that potential was there.

"Unless I can see myself getting married to the person, I wouldn’t get into a relationship because I wouldn’t waste my time or the other person's time."

Tom rose to attention alongside his family on Gogglebox, with the Malones joining the beloved series in 2013.

While he decided to leave the series, his family – dad Tom Snr, mum Julie, and brother Shaun – have remained and are still ever-popular cast members.