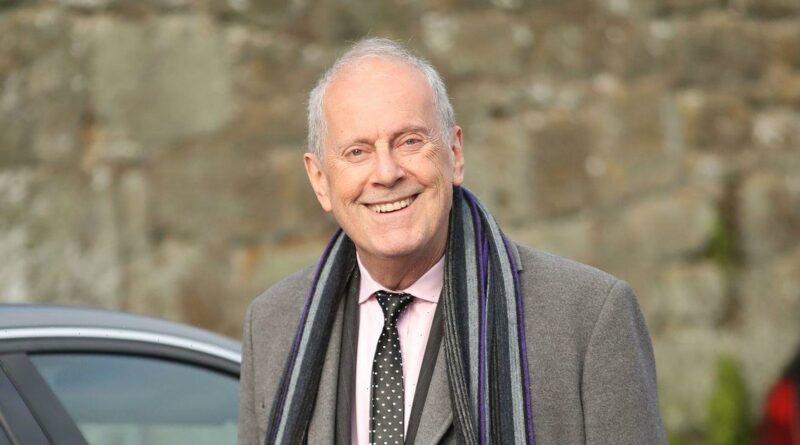 The 74-year-old This Morning star has been a friend of the Royal Family for several decades after being introduced as chairman of one of Prince Philip’s favourite charities, the National Playing Fields Association.

Gyles also bonded with the King over their shared interest in popular BBC Radio 4 game, Just a Minute, on which Gyles appears frequently as a guest.

The UK's new monarch also told Gyles he enjoyed playing the game and liked to get his sons involved too by leaving them voicemails in the style of show, which requires contestants to speak about a subject for one minute without hesitation.

Speaking to Daily Express, former MP Gyles said: "I discovered that the new king listens to Just a Minute, but, better than that, he told me that he sometimes used to leave messages for his sons, William and Harry, on the answering machine in the style of Just a Minute.

"So, he would leave the message inside 60 seconds and try to do it without repetition, hesitation or deviation.

"He thought that was very amusing but I don’t know if his sons had listened to the programme so I don’t know whether they entirely knew what was going on!"

In 2016 King Charles made a surprise appearance on Just a Minute to celebrate its 50th anniversary.

Following the death of Queen Elizabeth II, Gyles spoke of the fond memories he had of the late monarch and said she would have liked to be an actress in another life.

Speaking openly on BBC Breakfast he said: "I think that she wouldn’t minded being an actress, I once had a conversation with her about Windsor Castle when she was happiest there. "And she talked about the war and when she appeared in Christmas pantomimes.

"And said she rather enjoyed being a principal boy. And I asked her, ‘Would you have liked to have been an actress?’ and she said, 'Yes, maybe'.

"And as we can see at the end of her life what a brilliant actress she would have been," he shared.