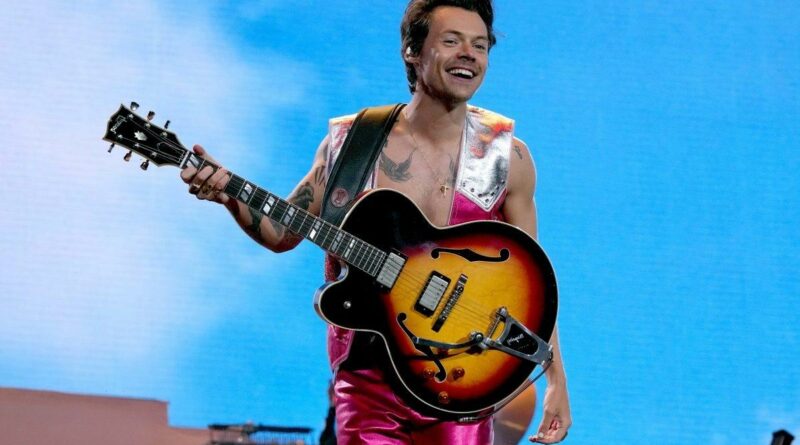 To announce the tracklist, Styles shared a picture that is presumably the back of a vinyl record of Harry’s House. The tracklist is listed on a yellow background, and the record packaging is sitting on a patch of grass.

Harry’s House will have 13 songs, and the tracks are split between an A-side and a B-side of the record.

The singer released a single called ‘As It Was’

The first single from Harry’s House, “As It Was,” was released on April 1. Styles also released a music video for the single. Following its release, “As It Was” debuted at No. 1 on the Billboard Hot 100.

While “As It Was” is the only single from Harry’s House that has been officially released, Styles has performed two other songs from the album’s tracklist.

At the 2022 Coachella Valley Music and Arts Festival, Styles was a headliner. During his performances, Styles performed “Boyfriends” and “Late Night Talking” from Harry’s House in his setlist. The singer also performed “As It Was” at Coachella 2022.

Harry’s House will be Styles’ third studio album. Styles released his first album, Harry Styles, in 2017. The album marked his first solo album after the band One Direction went on a hiatus.

In a new interview with Better Homes & Gardens, Styles shared that he felt like he could not “make fun music” with Harry Styles.

“…because I’d come out of the band, and it was like, if I want to be taken seriously as a musician, then I can’t make fun music,” Styles told Better Homes & Gardens.

The singer-songwriter then released his second studio album Fine Line in 2019. A single from the album, “Watermelon Sugar,” went on to win Best Pop Solo Performance at the 2021 Grammy Awards.

For Harry’s House, Styles told Better Homes & Gardens “… it doesn’t feel like my life is over if this album isn’t a commercial success.”