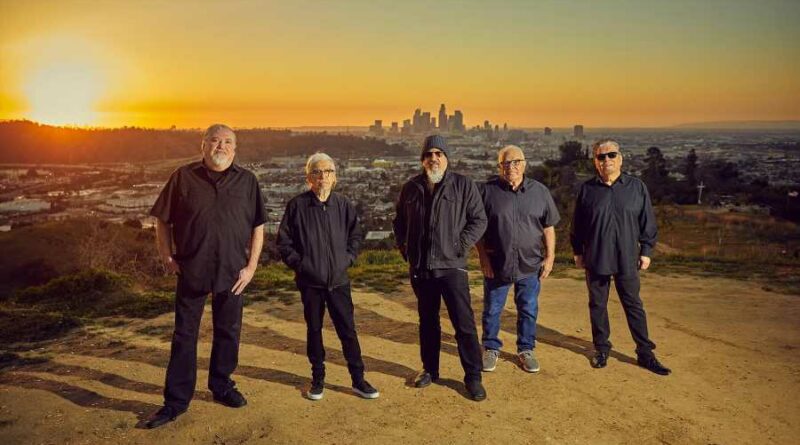 Los Lobos deliver a faithful rendition of the Beach Boys’ “Sail on, Sailor” as one of the first offerings from the band’s upcoming album Native Sons, featuring Los Lobos’ covers of Los Angeles-area artists.

Native Sons, out July 30th via New West Records, also boasts covers of songs by Buffalo Springfield (“Bluebird/For What It’s Worth”), War (“The World Is a Ghetto”), and Jackson Browne (“Jamaica Say You Will”).

Los Lobos’ Cesar Rosas told Variety of the album: “Originally, I had all these other songs that I thought would be cool to do before somebody came up with the  idea of saying, ‘Hey, if we’re going to do a covers album, why not all songs that were recorded in Hollywood or by artists and bands that made their home in L.A.?’ So then the idea got into a little trickier, and there go all the songs I had! It became a little bit more challenging.”

“What a cool, uptempo kind of a showcase song,” Rosas said. “It’s special to me because Thee Midniters were a group that I grew up listening to around my neighborhood in East L.A. in the Sixties as a kid, and I just always loved the groove to that song. When I sang that, it was just a fluke.”

Native Sons is available to preorder in a variety of formats now. Los Lobos is also set to perform a Cinco de Mayo livestream tonight from their studio, with a 2021 tour to follow starting later this month.