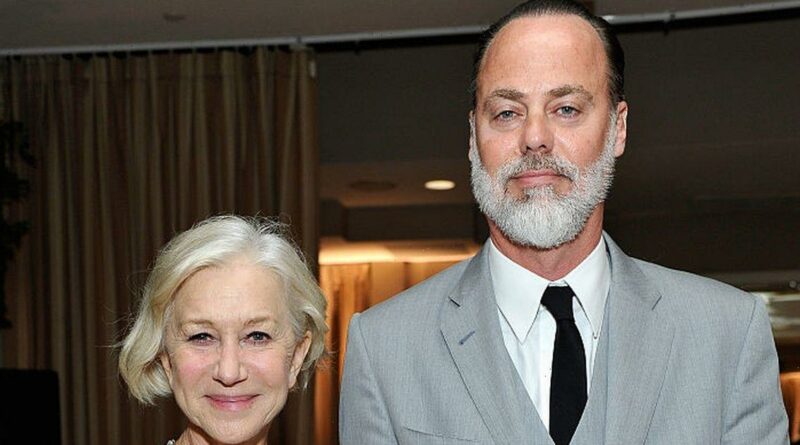 Helen Mirren has shared her heartbreak following the death of her stepson, Rio Hackford, after he died from cancer.

Last Thursday (April 14), the 51-year-old passed away surrounded by his family at his home after the established actor lost his battle with “a very aggressive and rare form of cancer.”

Now, the Hollywood actress, 76, and her loving husband Taylor Hackford have released a statement on Wednesday (April 20) following his passing last week.

The pair revealed the star’s cause of death as the explained how passed away from uveal melanoma – a form of cancer that forms in the eye.

In the statement, shared with People magazine, the heartbroken couple said they “are both inspired by the life of our son and stepson, Rio Hackford, and heartbroken by his loss.

“His life showed us how to live in generosity and community. He shared his life’s journey with so many who now mourn him, and at the time, celebrate their fortune knowing him.”

The loving parents cleared up the confusion surrounding the Hollywood star’s death after it was initially unclear in early reports of his passing.

They statement explained: “Rio died of uvela melanoma, a very aggressive and rare form of cancer. We would beg everyone reading this to get their eyes tested at least once a year, which might save their loved ones from this cancer.”

After growing up surrounded by actors, the doting stepson soon followed in the footsteps of his family members and went on to thrive in the industry.

Over the stretch of his coveted career, Rio had starred in TV series’ such as The Mandalorian and American Crime Story.

His most recent role was in the highly successful Disney+ series, Pam and Tommy, where he starred across from Lily James as 90s pin-up star Pamela Anderson.

After the devastating news circulated online, fans have flooded the family with tributes to the late star on social media.

Actress Renee Zellweger paid tribute to his death online, calling him “a titan of kindness, love, class, courage. And cool. A legend.”

Another close Hollywood pal, Vince Vaugh, described him as “the best ever. Truly one of a kind.”