Home » Music » I Hold the Lion's Paw review: A trip that dares to take its time

This was both refreshing and vaguely nostalgic, because in this fast-forward world it has become so rare to encounter art of any sort that takes its time – like Mozart operas, 19th-century novels or '60s jazz improvisations. Here was music that dared spend 15 minutes just establishing moods and contexts. Music that was more focused on the journey than the destination. 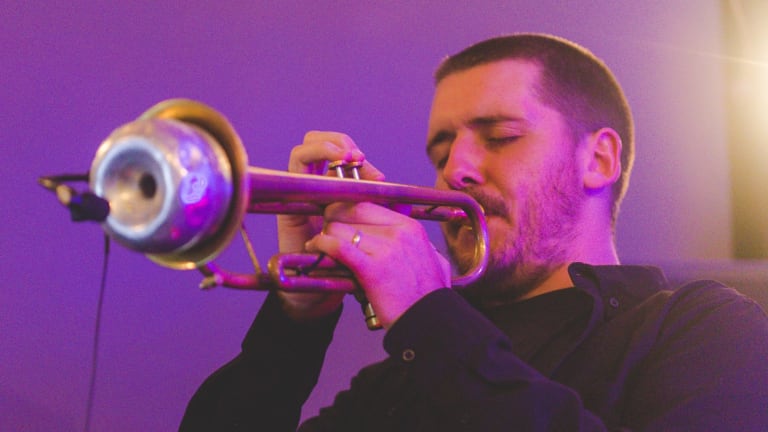 Lewis fosters evolving textures, moods and grooves via composed fragments and collective improvisation, the conception drawing on Miles Davis's 1969-1975 music. But where Miles still dealt in discrete solos, this band had a foreground in flux, continually pulling focus between the five players, with the electronic treatment of Lewis's trumpet and Brown's bass defining sonic elements.

Afro-beat grooves, often with a trippy, almost sci-fi edge (courtesy of Brown's brain-bending, effects-laden bass) would materialise and then melt away like a Dali​ clock, at one point to a free-time section from the core trio that, after the preceding bustle, was like the evocation of a scene of utter desolation.

Greening's sousaphone beefed up a subsequent groove with a unique bounce, heft and jubilation, before this, too, melted away to just Rose's tenor and Lewis's trumpet conversing as unaffectedly as two birds at dawn. The hour-long improvisation concluded with a chance to revel in an extended foreground feature for Greening's mercurial pocket trumpet, set against a muted, treated Lewis riff.

The downside of the approach is the risk that the music can corner itself into a kind of stasis, but with this band that never lasted long. More likely was the feeling of having stumbled into someone else's LSD trip. Their aptly titled Abstract Playgrounds album is highly recommended.