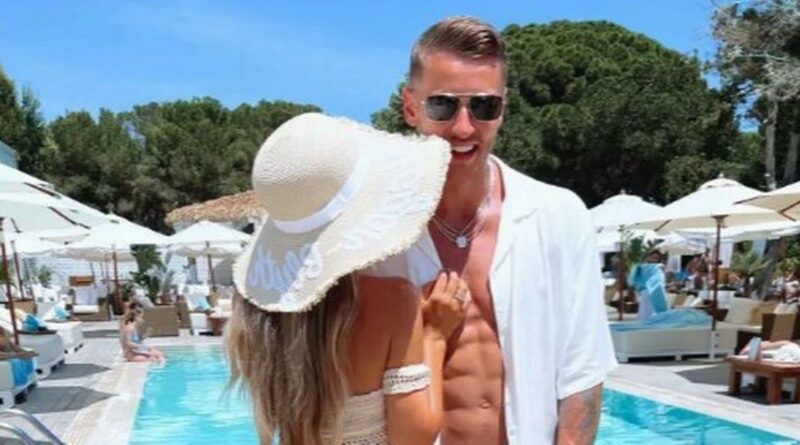 The reality TV beauty quietly jetted off to Ibiza to exchange vows with her footballer fiance Jacob Blyth this week.

According to The Sun, the smitten pair threw a "wild" bash for their nearest and dearest after saying "I do".

And instead of the usual chocolate affair, Holly and Jacob brought out a fountain with gravy pouring down the outsides for guests to snack on.

When it came to the music, the couple enlisted the stunning vocals of Grace Davies, who was runner-up on The X Factor back in 2017.

A source said: "Holly's wedding was wild – she had Grace Davies from X Factor singing with a huge live band, a gravy fountain instead of a chocolate fountain and did a full outfit change into a short dress for the evening.

"She was carrying a bag with the word 'Wifey' on it – it all happened on a rooftop in Ibiza, and the MTV cameras were there filming the whole thing."

The insider said that Holly, 29, was "glowing with happiness" after marrying Jacob, who she had been dating for years.

The TV star appeared to confirm she had tied the knot by sharing a snap on Instagram captioned "Mr & Mrs".

It showed her snuggled up to her beau beside a pool, looking incredible in a tiny crocheted cream top and skirt and chunky heels.

Another shot showed Holly with a group of friends, with everyone dressed in back except for the bride, who looked stunning in a skimpy white bikini top.

At the time, the star shared a snap of them kissing and another of Jacob down on one knee to pop the question.

"I'M GUNNA BE A WIFE," she announced.

"On our second anniversary on the island where we first met, the love of my life asked me to be his WIFE!!" Holly told her fans.