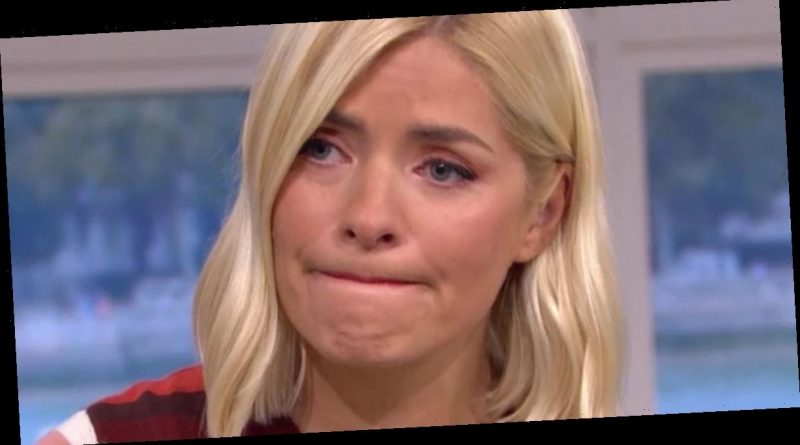 Holly Willoughby explained she was left feeling "very emotional" as she opened up about her struggles with dyslexia during school.

The This Morning host looked back at her friendship with author Hannah Peckham, who has released the book Conker the Chameleon.

Holly wrote on Instagram: "Today is a very important day for one of my oldest friends Hannah Peckham.

"We met on our first day of school and eventually moved into our first flat in London together… we've been through a lot!"

She explained: "Probably something that bonded us hugely was the fact we are both dyslexic… that's why this post is even more special and actually writing this I feel very emotional.

"If I could go back and tell my school friend that on the 2nd of February 2021 to mark the beginning of Children's Mental Health Week she would publish her first book, I'm not sure she'd believe it possible."

Holly told her friend: "You did it Hannah… so so proud of you… it's a beautiful and important book."

The children's book teaches kids that it's good to ask for help.

Hannah replied and told her pal: "Aw Holly that made me cry. Thank you so so much for your support my darling.

"Your school day secrets are safe with me… for another week," adding a zipped-mouth emoji and one sticking its tongue out.

Holly has been open about her struggles with dyslexia, previously saying that mistakes she makes while hosting on television are because of it.

She told Red magazine that dyslexia "used to hold [her] back" and that she was left "absolutely terrified" of reading out loud at school.

"I'd get all the words wrong and I was convinced everybody thought I was stupid," the mum-of-three said.

"It still happens now – most of the mistakes I make on This Morning are because of it, but it doesn’t do what it did to me back then because I don’t let it have power.

"I now know that it’s all about how you package it in your head."

To help her prepare for This Morning, Holly uses specially coloured scripts.

This Morning airs weekdays at 10am on ITV